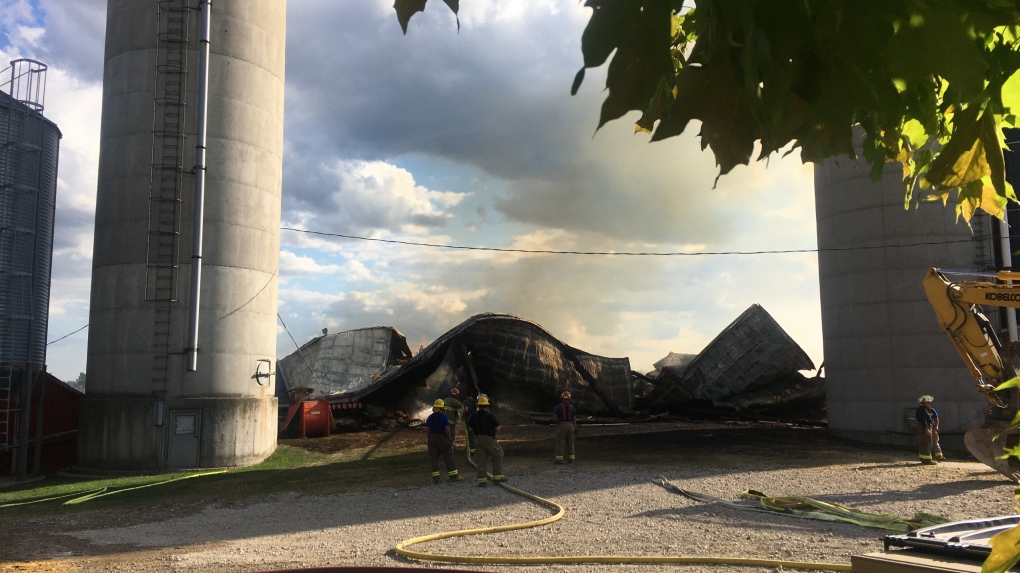 KITCHENER -- Highway 85 had some major delays on Friday afternoon as crews battled an active barn fire in the area.

The Woolwich Fire Department said they were called to the fire shortly before 3:30 p.m.

Woolwich Deputy Fire Chief Dennis Aldous said the barn was engulfed in flames when firefighters arrived and they were able to contain it from spreading it to other structures.

The highway was backed up from the Sawmill Road roundabout to King Street in Waterloo.

Waterloo regional police say no one was injured and that the fire isn't considered suspicious.

It's not known what started the fire at this time.

The barn is a total loss with well over $1 million in estimated damages.

One firefighter was taken to hospital for heat exhaustion.

Firefighters will likely remain at the scene for several hours on Friday evening to manage hot spots.

All the dairy cows and other animals have moved to nearby farms so they can be milked and properly cared for.