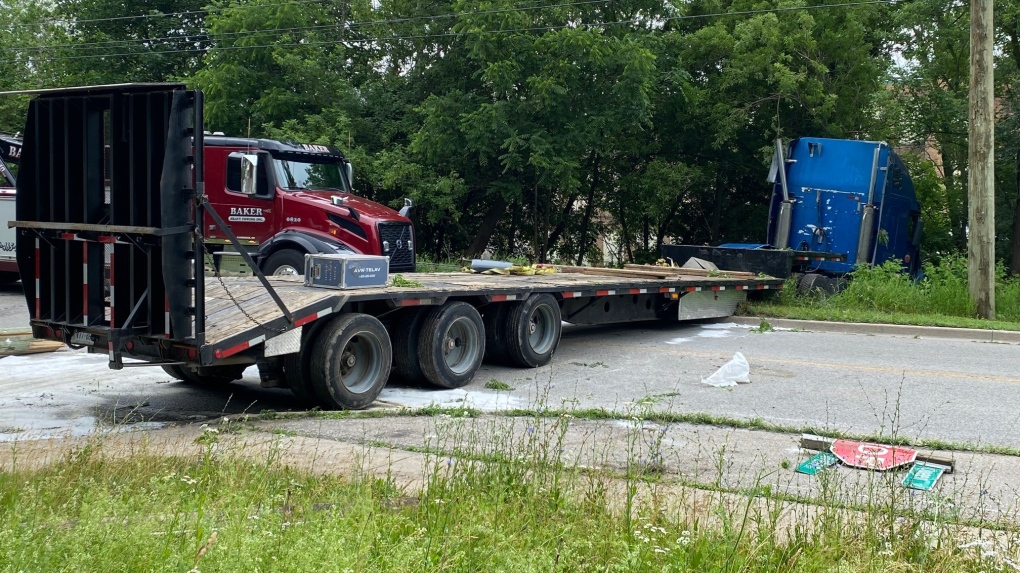 A tractor trailer went off the road in Cambridge, hitting a stop sign and hydro pole. (June 26, 2021)
Kitchener -

A tractor trailer went off the road Saturday, causing a power outage in Hespeler.

The truck took out a stop sign at Queen Street West and Weaver Street, as well as a hydro pole.

Police said the truck was parked on Weaver Street while the driver was loading equipment on the flat deck truck and the truck slid down the hill of the street. It knocked over a hydro pole and several wires before it stopped in a forest area.

The driver was thrown from the trailer and was taken to hospital with non-life-threatening injuries.

Energy+ says about 106 customers lost power due to the crash.

The front-end of the truck ended up in a ditch on the other side of the intersection, with its trailer blocking the road.

The Waterloo Regional Police Service says no one was seriously hurt. 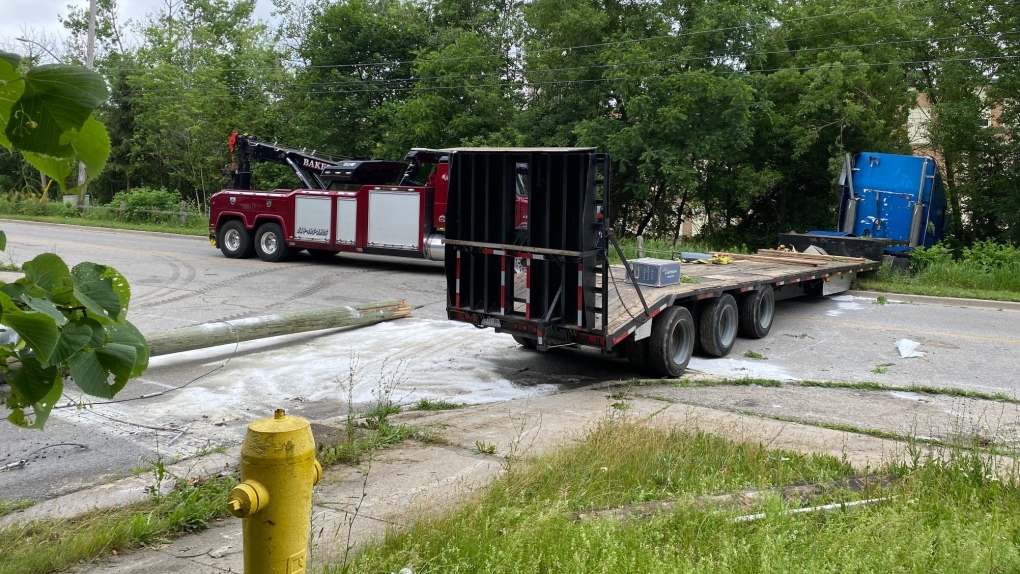 Vaccine mandate protesters' use of Nazi imagery and comparisons to the Holocaust is angering Jewish organizations.

Alberta's new restrictions came into effect at midnight. Here's what you need to know

Albertans woke up Thursday to new restrictions implemented by the province to slow the spread of COVID-19.

Saskatchewan Premier Scott Moe has announced an temporary indoor masking mandate that will come into force on Friday followed by a proof-of-vaccination policy.

A question at the English-language federal leaders' debate last week has become a major issue in Quebec, boosting the Bloc Quebecois in the polls and drawing criticism from Quebec politicians, federal party leaders and the province's media.

With less then a week until election day, former U.S. president Barack Obama has waded into the fray to bolster the campaign of Liberal Leader Justin Trudeau.