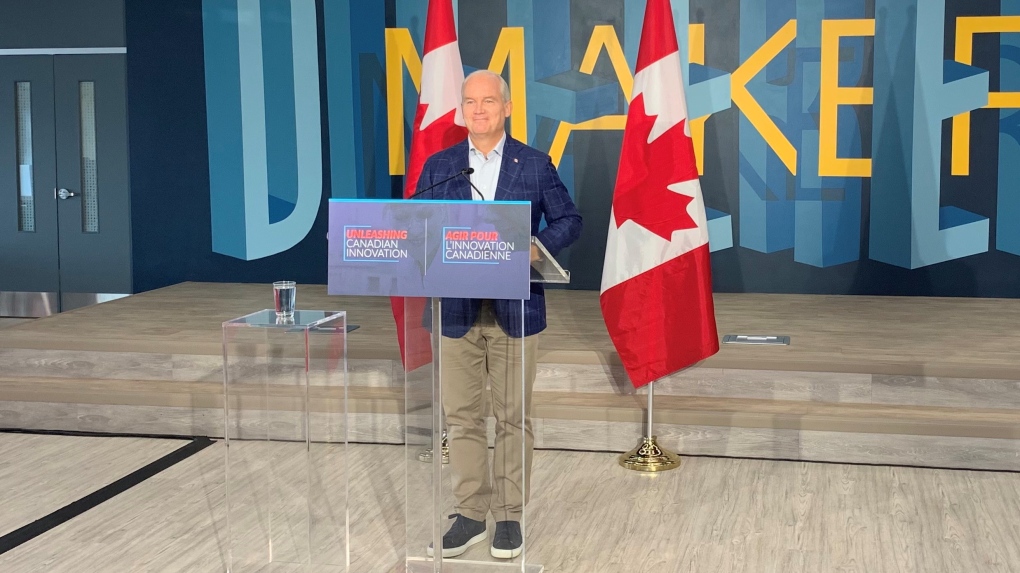 Conservative Party leader Erin O’Toole made a stop in Waterloo Wednesday morning, promising to cut the income tax rate in half for new patented technologies developed in Canada if his party were to be elected to lead in the next federal election.

“Far too often, Canada loses some of our best and brightest to places with fewer barriers, and more opportunities,” O’Toole said. “Too many promising startups, move to the U.S., or sell to foreign investors with deep pockets, who can fund their growth.”

O’Toole said his party would also introduce the use of flow through shares to the tech industry. Currently, the concept only applies to the mining, oil and gas, and renewable energy and energy conservation sectors. Flow through shares offer deductions for resource expenses renounced by eligible corporations, as well as investment tax credits for individuals (excluding trusts) on resource expenses in the mining sector that qualify as flow-through mining expenditures.

"What we're announcing today is exciting. A patent box approach where you can actually have some of the most competitive tax rates in the world if your patented technology and your intellectual property stays here. We're going to use flow through shares, which will accelerate private sector investment to fuel growth," O’Toole said.

O’Toole said his party would also move administration work for the Scientific Research and Experimental Development Program from the tax department to the Innovation, Science and Economic Development Canada. He said currently 25 per cent of funding goes to consultants due to administration work being done through the SR&ED program.

"Today’s policy announcement from the Conservative Party of Canada puts forward a serious plan for boosting the Canadian innovation economy. The focus on driving Canadian competitiveness in the 21st century demonstrates that the Conservative Party has listened to our members and understands the policies that would have a meaningful impact on the Canadian innovation ecosystem," Benjamin Bergen, executive director of the Council of Canadian Innovators, said in a statement.

If elected, O’Toole said the Conservatives would also invest $5 billion over the next five years to fund an advanced research agency looking at cutting edge technology.