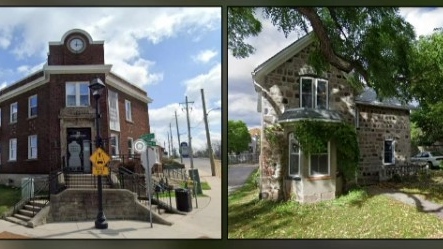 Two buildings, at 12 Dayton Street and 74 Queen Street East, could be given heritage status in Cambridge.
KITCHENER -

Councillors in the City of Cambridge are being asked to grant heritage status to two more buildings.

The first property is 12 Dayton Street, which was built back in 1876 by a caretaker of the Grand Trunk Railway. Later, the building also had ties to the Galt Malt Iron Company.

"These are two fine examples of our heritage, and by designating these properties, they are securing their preservation," said committee chair John Oldfield.

The motion was carried unanimously by the advisory committee and must now be ratified in a vote by Cambridge council before the designations would be in place.