A collision involving an LRT train and a transport truck set off several emergency detours in Kitchener Monday afternoon.

An LRT train at the location could be seen with significant damage to the front end of the vehicle.

Officers closed the intersections at Ottawa and Bedford streets. Grand River Transit put a number of emergency detours in place while crews cleared the scene.

The area has since reopened, but there's still no word on what caused the crash or if anyone was injured. 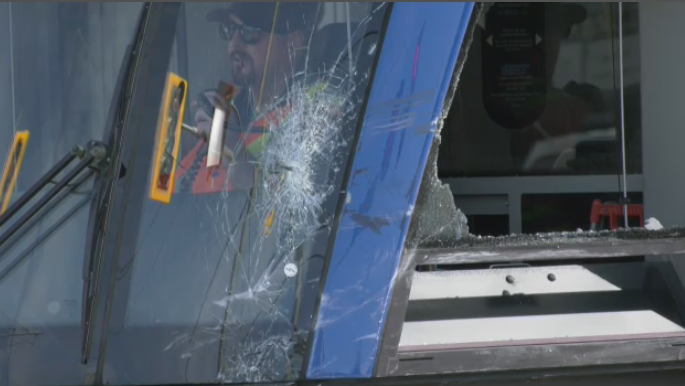 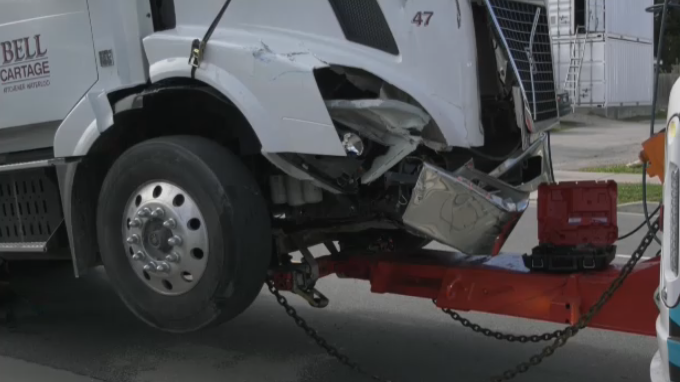 The damaged truck is towed away. (CTV Kitchener/Dave Pettitt)