Closure of King and Union intersection extended into May 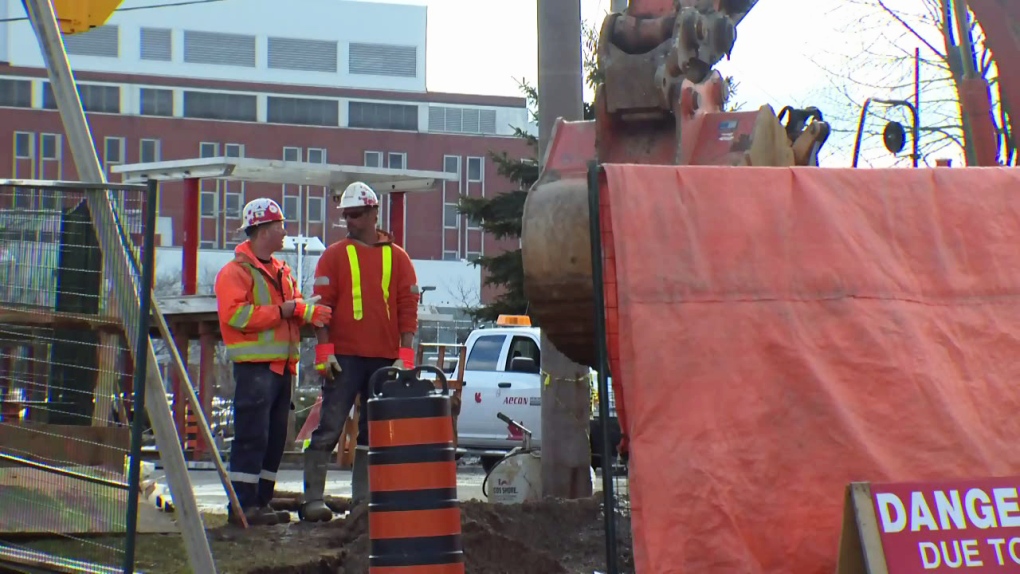 Construction work consumes the intersection of King and Union streets on Monday, Feb. 1, 2016.

What was supposed to be a six-week closure of an intersection on the border of Kitchener and Waterloo is now expected to last for a total of 13 weeks.

Business owners in the area of King and Union streets were notified Friday that the closure of that intersection is now scheduled to continue until May 2.

The intersection, which has been closed since Feb. 1, was initially expected to reopen March 14.

A spokesperson for GrandLinq, the consortium building the Ion light rail transit system that will go past King and Union, says the extra time will allow for “the installation of the communication duct back and traffic signal conduits, track, curbs and pavement.”

Elsewhere in the area, King is closed between William and Erb streets in uptown Waterloo for most of 2016.

The closure of King between Victoria Street and Moore Avenue in Kitchener is also expected to continue for most of the year.