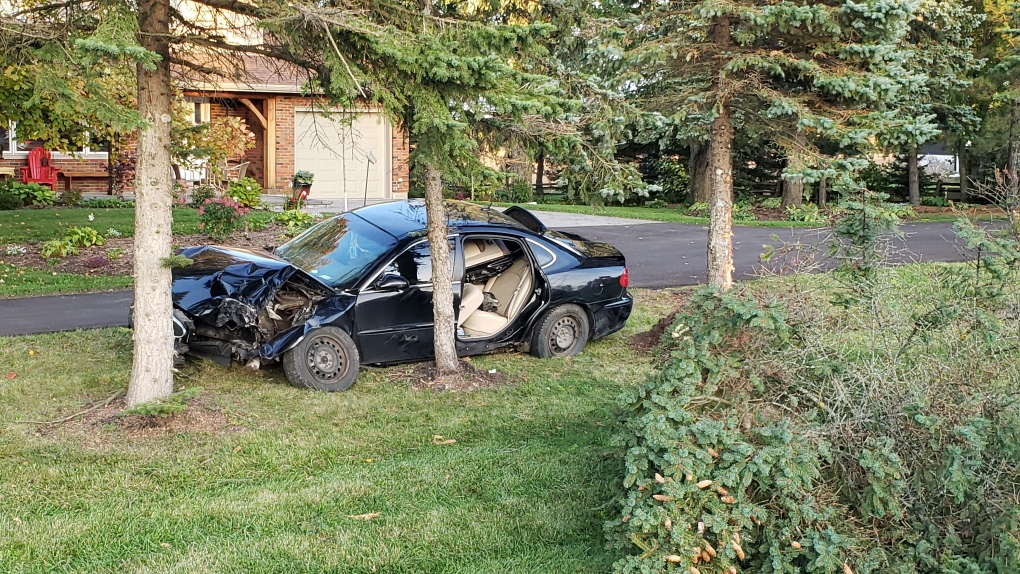 KITCHENER - A woman was taken to hospital following a single-car crash on Highway 6.

It happened near Ennotville around 5:30 p.m.

The car was travelling northbound at the time of the crash, according to police.

It crashed into two trees before stopping.

The driver was the only person in the car at the time of the crash.

She was pulled from the vehicle by fire crews and taken to hospital as a precautionary measure.