A Cambridge studio that’s been teaching Highland dancing for decades will need to find a new home.

The owner, Leslie MacDougall, said her landlord, the Woodhouse Group, which owns the building her studio is located in, has ended her lease.

“I made it through COVID, hanging by my fingernails, you know like phew, we’re back in businesses, full steam ahead,” explained MacDougall, the owner of Cambridge Highland Dancers and Company.” Then I just feel like I’ve been punched in the gut.”

The termination of her lease has left MacDougall scrambling to find a new place to teach students to dance, a passion and job she’s had for longer than she’s had the studio space.

The dance enthusiast said she has about 50 dance students who come to the studio to learn some traditional Scottish moves, the range in age from four-year-olds to adults. 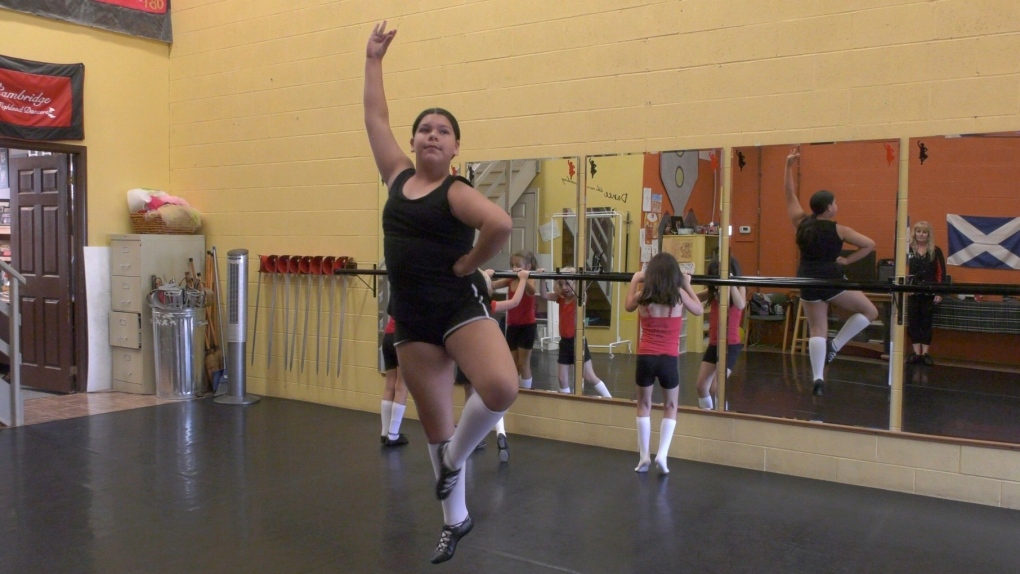 MacDougall said the Woodhouse Group notified her this month that she has to move out, after being on a lease for three months. Before that, she was on another short-term lease due to COVID, which ended in June.

The dance instructor goes on to say the situation has left her and her dance family “devastated,” and teary-eyed. MacDougall also said she feels as though small businesses are being squashed by a “greedy” company.

According to MacDougall, some of the other tenants had their leases extended, but she wasn’t one of them. She believes her pushback against the company is what led to her lease being terminated for a final time.

“I had dancers competing in Scotland, and the day I landed in Scotland, I received my termination notice that I had to be out by Nov. 30,” MacDougall stated.

Woodhouse plans to make room for a commercial condominium where their current Shearson Businesses Centre stands.

In a statement to CTV News, Woodhouse Group wrote: “We have honoured, and will continue to honour, all lease terms and renewal rights for all tenants of the Shearson Cres property."

“By converting our Shearson Cres property to a commercial condominium, Woodhouse Group is providing small businesses the opportunity to own their space, rather than paying rent to a Landlord. There is currently an undersupply of owner-occupied space for small businesses in Waterloo Region,” the statement reads.

“We have given all tenants of the property, including Cambridge Highland Dance, the opportunity to purchase their respective units at below fair market rates. Woodhouse Group was glad to support Cambridge Highland Dance and many of our small business tenants during the pandemic with reduced rent. We wish them all the best going forward,” reads the statement.

MacDougall said she was given the chance to buy her unit for a sum that’s less than what it’s listed for, which is $557, 200.

She said she was offered $501,480. An amount far too much for MacDougall to afford considering the state of the current economy with inflation and her own financial standing as someone who is near retirement and not looking to take on any hefty loans.

While MacDougall is in a race against time to find a new studio space, she said she’s thankful for the support she’s received from family, friends, community members and her clients said they plan to remain loyal customers.

"Even though the situation is not ideal, our studio is the best, and I wouldn't leave just because we're moving spaces,” said Hannah Bellingham, a dance student.

"The community she's built here and the rapport within this studio, it's really upsetting to hear that might not be able to continue on,” said Jocelyn Morgan, a parent of a dance student.

MacDougall said she won’t let this get her down as she continues to fight to remain a thriving small-business owner.

“I will move on, I will absolutely move on and succeed.”

The Swedish national seismic network says it detected two explosions close to unusual leaks on two Russian natural gas pipelines running under Baltic Sea to Germany. It registered one blast early Monday southeast of the Danish island of Bornholm and a slightly larger one later that night northeast of the island.