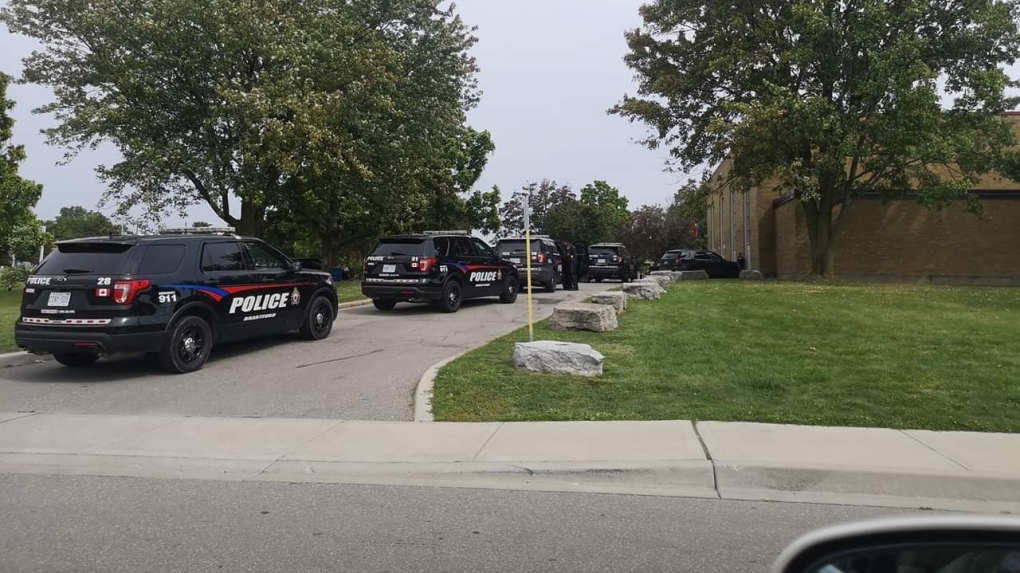 Brantford Police on scene of an incident across from Pauline Johnson CVS. (Photo: Facebook) (Sept. 10, 2019)

Pauline Johnson Collegiate and Vocational School was briefly in a hold and secure as Brantford Police investigate an incident across the street.

Police add there was some type of weapon involved.

The victim reportedly went to the school for help. The police were later notified.

One person is in custody.

There is no further safety concern at the school. The hold and secure was lifted shortly after.

BPS is currently investigating an incident that occurred near Pauline Johnson CVS on Colborne St involving individuals that were not students, one person is in custody & investigating is ongoing. Staff & students are safe, school was briefly in hold & secure but has been lifted.