Bank robbery in Cambridge under investigation 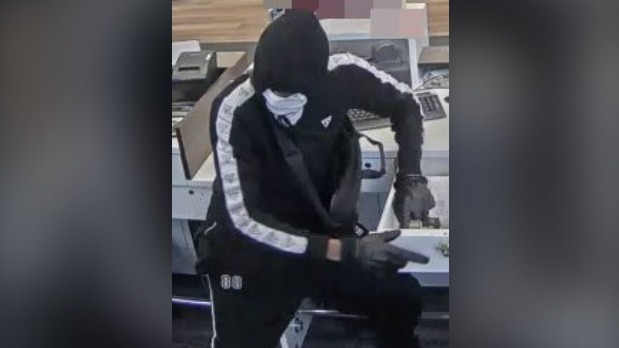 Regional police are currently investigating reports of a bank robbery in Cambridge.

It happened at the Scotia Bank on Hespeler Road near Sheldon Drive on Friday morning.

Police say that an unknown male entered the bank and demanded money.

He left with an undisclosed amount and fled in an SUV.

One person left the scene in an ambulance, but it's not clear what for.

This marks the 10th bank robbery of the year in the region. Half of those robberies happened over a four week stretch between February and March.

Continuing to investigate a bank robbery that occurred approx. 11:45 a.m. at the Scotia Bank on Hespeler Road in Cambridge. Investigators looking to identify the individual in the attached photos. Anyone with info. is asked to call police at 519-570-9777 or @WaterlooCrime. pic.twitter.com/04PZigoH42