Auto parts to be focus of next round of NAFTA talks 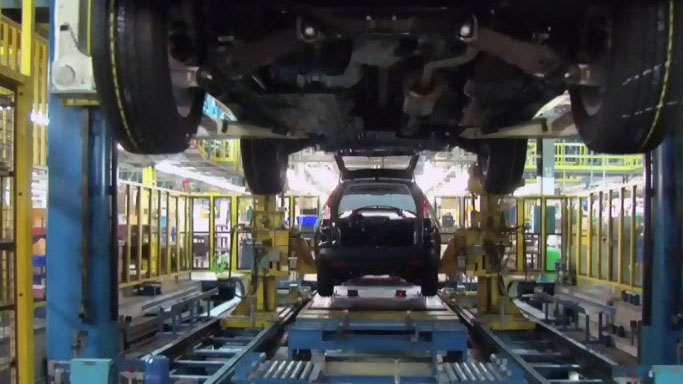 Multiple sources inside and close to the Canadian government, speaking on condition of anonymity given the sensitivity of the talks, say the issue of auto parts will be a focal point of the next round of talks Jan. 23-28 in Montreal.

Canada's marquee proposal for this month's high-stakes round of NAFTA negotiations will involve modernizing auto-parts rules, say sources familiar with the plans, which hinge on making progress on a long-standing irritant in order to propel the troubled talks forward.

"We have been doing some creative thinking," Foreign Affairs Minister Chrystia Freeland said Thursday prior to the start of a Liberal cabinet retreat in London, Ont.

"We've been talking with Canadian stakeholders, and we have some ideas we're looking forward to talking with our U.S. and Mexican counterparts about.... If there's goodwill on all sides, we could have a great outcome in Montreal."

That's where talks are scheduled to resume Jan. 23, and where multiple sources inside and close to the Canadian government -- speaking on condition of anonymity, given the sensitivity of the matter -- say autos will be a central component of that so-called creative thinking.

Freeland and U.S. Commerce Secretary Wilbur Ross agreed during discussions this week that auto parts need to be a priority in Montreal, the sources say.

Canada is hoping to win U.S. support for an idea that might achieve its key goal of ensuring American content in cars, while limiting disruptions to current supply chains.

The idea is that the rules for calculating domestic content need a revamp, with research into new fuel sources, batteries, lightweight materials, cameras and wireless technology taking up an ever-larger share of a car's value.

Canada will suggest that the traditional standards for calculating car parts is outdated, and leave out increasingly important intellectual-property contributions where the U.S. is a world leader.

It's not yet clear whether Canada will make its pitch in a formal document or raise it in conversations, with the goal of updating the proposal with U.S. and Mexican input. The idea was already being discussed informally between the countries at a mini-round in December, one source said.

Meanwhile, the clock will be ticking: talks are currently scheduled only into March, and U.S. President Donald Trump keeps threatening to cancel NAFTA if he can't get a deal. Some stocks tumbled Wednesday following reports that confirmed Canada is taking the threat seriously.

Trump will soon be forced to decide whether or not to start the six-month withdrawal process from NAFTA, perhaps simply as a bargaining tactic, said Eric Miller, a Canada-U.S. trade expert with Rideau Potomac Strategy Group in Washington.

Progress in Montreal could stave off such a decision.

"It doesn't mean we end up with a deal (this month). But we've got to be at the point where the U.S. walks away feeling a deal is potentially doable.... You have to have some semblance of response to the controversial U.S. proposals."

Miller, a former Canadian government official who worked on the 2009 auto bailout, said it's natural to review the rules about what matters in the construction of a car. The current U.S. proposal calls for 85 per cent North American content and 50 per cent American content to avoid a tariff.

The other countries called that a non-starter. The industry said it would move production to Asia and eat the U.S. import tariff. During talks last fall, Canada delivered a presentation showing such a move would be devastating to U.S. interests.

This time, instead of a lecture, the Canadians are coming with an idea: that a car isn't just built by people in hard hats, but also in lab coats -- and the importance of that latter high-tech component is growing by leaps and bounds.

The idea appears based on an expanded definition of value, Miller suggested: "Is it just what you weld together? Or does it include R & D -- the stuff that makes it take five years to bring a car to the assembly line -- the stuff people would be paying for if you sold off GM. Intellectual property."

"Why are we not including (this) in the calculation of value content?"