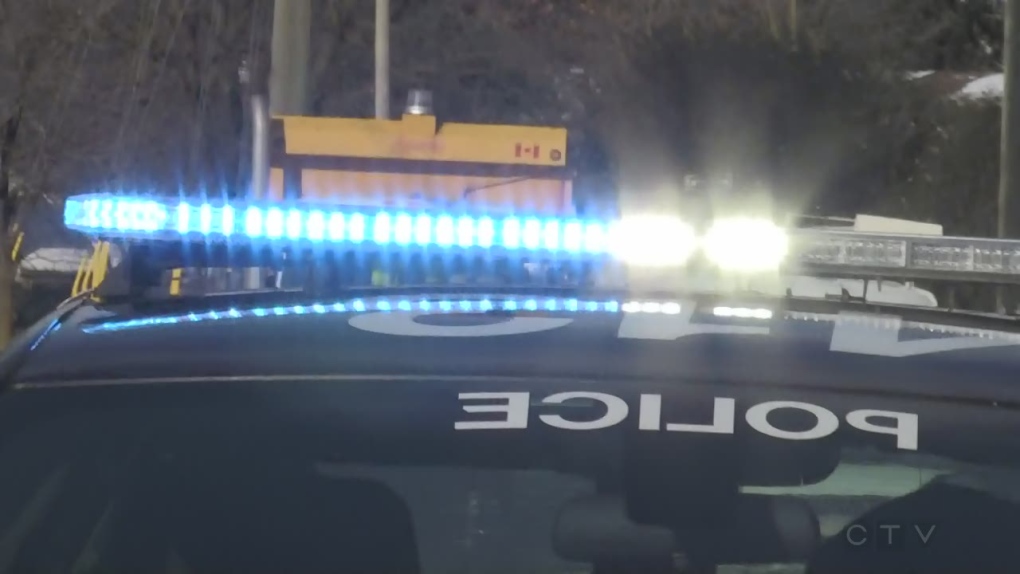 KITCHENER -- Police are investigating after another driver reported being pulled over by someone impersonating a police officer.

A driver reported that she had been stopped by someone impersonating a police officer in the area of Braemar Sideroad and Highway 59, near Tavistock.

The suspect was wearing clothing resembling a police officer's uniform and asked the driver about her "essential worker status."

The driver provided the information and the suspect left the scene, police say.

The suspect vehicle is described as a dark-coloured SUV with a light bar and flashing red-and-blue lights.

Officials say they conducted an internal investigation to ensure that the suspect was not an OPP officer and released this information once that investigation was complete.

The suspect also got the information from the driver in that case before leaving the scene.

The vehicle in that case was described as a black four-door sedan, either a Ford Fusion or Ford Taurus. It had a blue strobe light on the dash and a small aerial antenna on the trunk, police say.

The suspect was wearing a black, long-sleeved shirt and a ballistic vest with the word "POLICE" written in yellowish-orange letters across the front.

He's described as being between 30 and 40 years old, with short dark hair in a brush cut.

Officials say they are investigating whether any connection between these incidents exists.

There have been a string of similar incidents reported around southwestern Ontario involving people being stopped by people impersonating police officers, including another incident in Wellington County and two others in Seaforth and in Windsor.

Ontario Provincial Police said earlier this month that those incidents are not believed to be connected.

The OPP is reminding drivers that officers do not stop people and ask for their employment status, and that you are not required to prove whether or not you are an essential worker.

Anyone who suspects they've been pulled over or confronted by a police impersonator should call 911 immediately.

With reporting from Chris Thomson