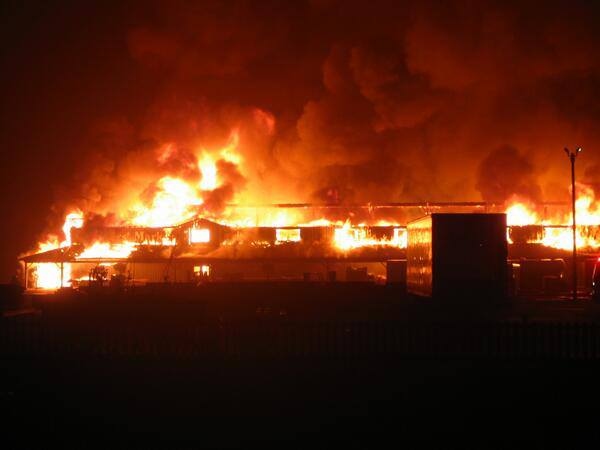 Waterloo fire crews were called out overnight to battle a major blaze at St Jacobs Market just outside the city.
The market has been a popular attraction for both locals and tourists.
Firefighters got the call around 2:30 this morning.
Photos from the scene appear to show the entire building engulfed in flames.
There is no word of any injuries, and no dollar figure yet on the damage estimate.
Waterloo police say the fire marshal has been called in to investigate the cause.