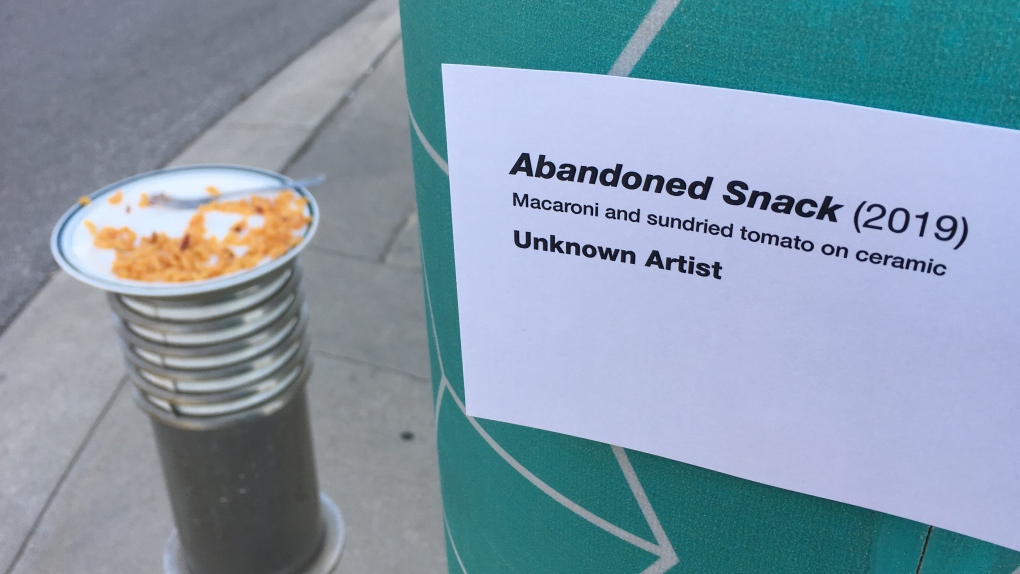 A plate of macaroni and cheese that has been perplexing the community has been turned into an art installation.

On Tuesday, a photo surfaced on Reddit showing the plate sitting on a steel road barrier near King and Water streets in downtown Kitchener.

"Just a plate of mac and cheese on a light post at an intersection," the image's caption reads.

So far, nobody's quite sure how it got there.

The following day, another user posted a photo on Kitchener's page as an update: the macaroni and cheese was still there.

Later that day, somebody decided to turn the plate into art.

READ THE UPDATE 'It spoke to a class divide': Mac-and-cheese-turned-art goes missing

A museum-like name tag appeared on the light post nearest to the light.

It's not clear whether the labeler was the same person who left the macaroni and cheese or not.

Either way, the culprit doesn't seem that interested in getting their plate back.

Abandoned Mac and Cheese is now art from r/kitchener