KITCHENER -- This is part two in a three-part series on mental health for #BellLetsTalk day. Part one was published on Jan. 28, 2020.

Coaching may be Cavell Johnson’s calling.

The former player made the switch to coach almost two years ago, after the KW Titans moved on from then-head coach Serge Langis.

"I enjoy encouraging others to find a greatness that they’ve had within them," he says.

"I like to encourage people and build people up."

He makes it a priority to check in with players on and off the court.

Mental health is an important cause to him: Johnson's life outside basketball changed in February 2017 when he lost his younger brother, Aaron, to suicide.

"It was the toughest day of my life," Johnson says.

"The few hours after that moment of finding out were very, very chaotic. It was a blur. I didn’t know what was going on in my life at that time. It was scary.”

Johnson said he and his two brothers were very close growing up.

Aaron was 30 years old when he died.

"Aaron was my first best friend," Cavell Johnson says. "So it was a dark and devastating period of time."

He remembers his brother as a loving and caring person.

"Life of the party, a very smart individual, as well," he said. "A person who would do anything, take the shirt off his back for a complete stranger." 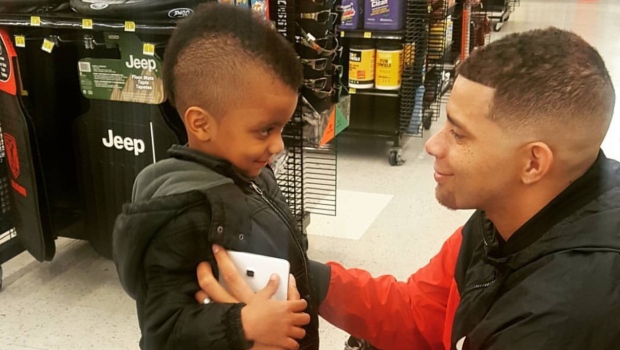 Since Aaron’s death, Johnson has taken the initiative to spread more awareness about mental health.

He shares the story of Aaron’s death openly with local students and young basketball players, inspiring them to be positive and supportive.

"In a community that is so loving and supportive, I really want to do as much as I can to increase the awareness and spread positivity and support here," Johnson says.

“We get so caught up nowadays in our own personal lives. I think it’s important that we share in our loved ones journeys and struggles as much as we share in their successes."

For Johnson, the first step toward improving our mental health is to connect with others.

That's a message Johnson will continue to share in his brother’s memory.