Wednesday marks three years since the first case of COVID-19 was confirmed to have been found in Canada.

Just over one month later, Waterloo region reported its first case. Less than a month later after the first case, a 41-year-old man was the first local person to die after contracting the virus.

Over the next year, 11,000 people in Waterloo region would test positive, many after waiting hours at make-shift walk-in and drive-thru testing centers. 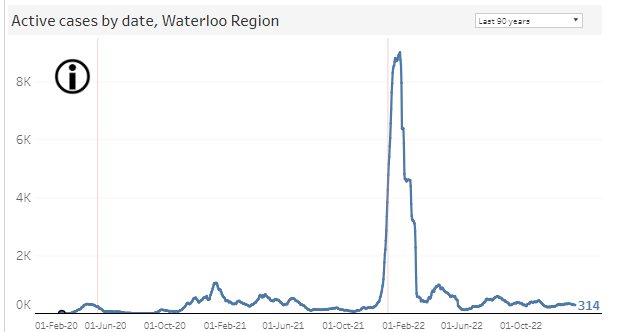 The total number of cases reported in the Region of Waterloo. With limited testing since January, 2022, the actual case count is presumed to be much higher. (ROWPH)

Called the Coronavirus then, it was new and little was known about it at the time.

Today, we are still learning about the virus. 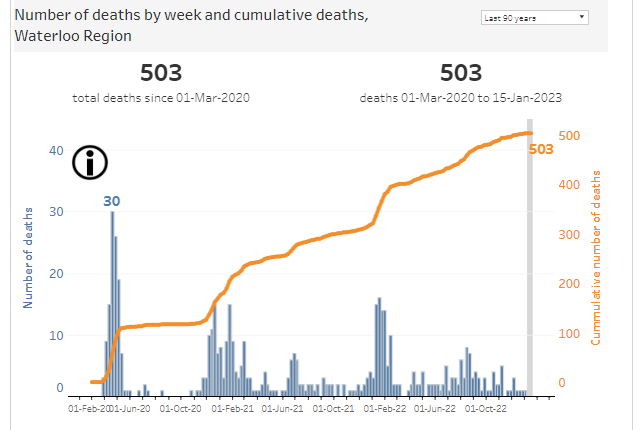 More than 55,000 cases of COVID-19 have been reported to Region of Waterloo Public Health, although, with testing capacities limited to certain areas, the actual number of positive cases in the region is unknown.

To date, just over 500 residents have died since the start of the pandemic as 503 people have died with COVID-19 as a primary or secondary cause.

“I think we are still learning because we are still seeing COVID-19,” said Zahid Butt, infectious disease epidemiologist and assistant professor at the University of Waterloo.

Region of Waterloo Public Health's most recent dashboard numbers shows 41 people are in hospital related to COVID-19 and three people are in ICU. 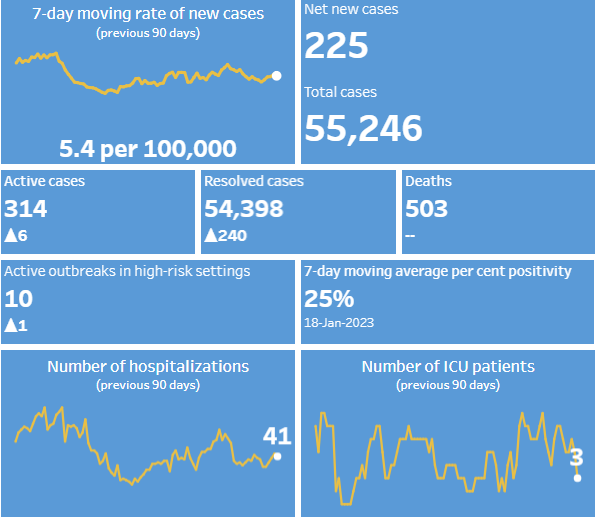 The current COVID-19 dashboard from the Region of Waterloo. (ROWPH)

Butts says cases have come down due to many factors, with one reason standing out.

“A very reliable vaccine in a short period of time. If you didn’t have the vaccine, then you would have a lot more hospitalizations and a lot more deaths,” he said.

Public health says as of Wednesday, 82 per cent of residents have at least one dose, and 80 per cent have two doses of the COVID-19 vaccine. 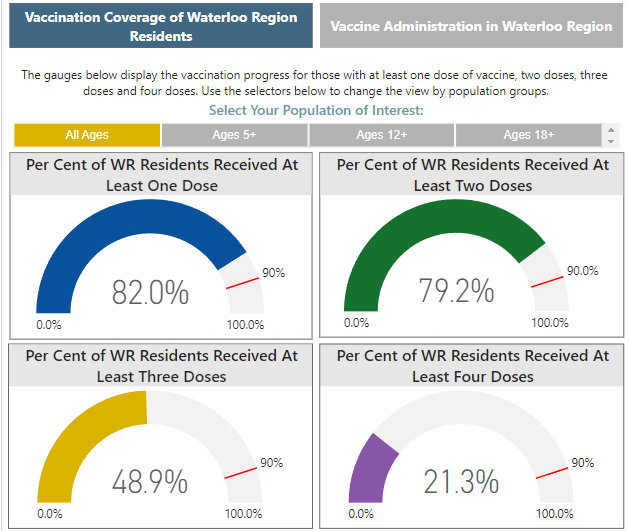 The increased emphasis on hand washing, mask-wearing, and circuit breaker lockdowns were also big contributors to the decrease in cases, according to Butt.

“It did affect people mentally and economically, but it did save a lot of lives when you had these travel restrictions and lockdowns,” Butt said.

He said public health could have been better in some instances, like trying to communicate to the public what is happening and what we are doing about it and what we are going to do about it in the future, is crucial.

Dr. Hsiu-Li Wang, Medical Officer of Health for Waterloo Region said during a regional meeting on Wednesday night that COVID-19 activity is currently described as “moderate.”

Wang said the region can expect to see moderate waves of COVID-19 infection – moving up and down - in the coming weeks.

Wang added the COVID impact should not be unlike what we’ve seen in the last several months. She also advised people to consider getting a booster shot and wearing masks indoors.

Jesse Johal, acting director of the Region of Waterloo Public Health COVID-19 response said vaccine intake saw a brief increase right after Christmas, but uptake has decreased through January at all vaccine sites.

Wang also added that the level of flu in the region has been declining, hospitalizations peaked in mid-December, and that RSV in hospitals has been stable since December as well.