A $3M treatment could save their daughter's life, but it's not covered by health care

GUELPH -- A Guelph couple who now lives in B.C. needs to raise millions of dollars for a treatment that could save their young daughter's life.

Lucy Van Doormaal, who is just three months old, has spinal muscular atrophy. Without treatment for the rare neuromuscular disorder, her parents don't think she'll make it to her first birthday.

"She just looks like any normal three-month-old, but she is eating through a feeding tube," Heather Kendall, Lucy's aunt, said. "It's very different and at night she sleeps with a respirator machine."

An antibody test when Lucy was five weeks old showed she could be a candidate for a ground-breaking gene therapy called Zolgensma. The price tag of that treatment is $3 million. 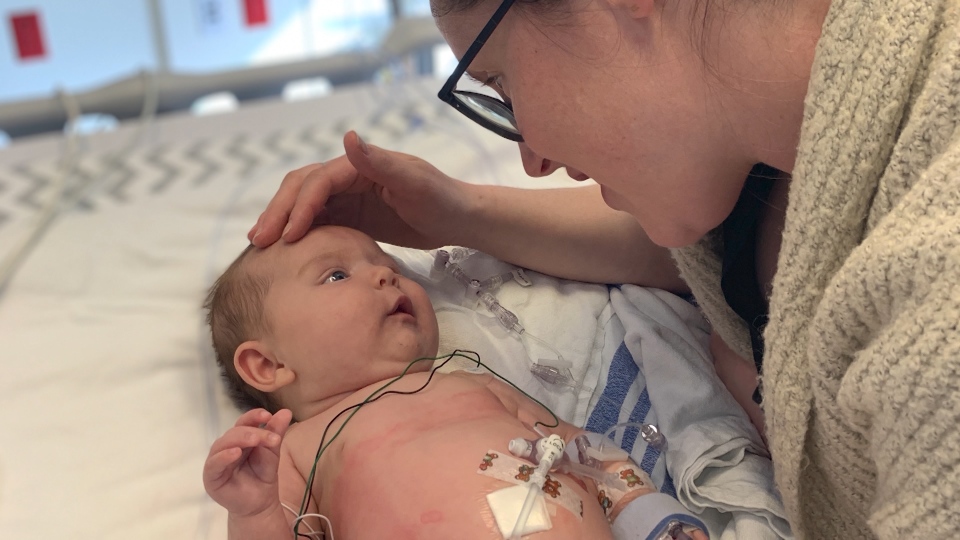 "They had heard of this treatment and it's availability, but $3 million seemed like an insane amount of money," Kendall said.

"Every day that goes by, that quality or that ability gets lost," Lucy's grandfather Brian Van Doormaal said. "We need to raise that money as soon as possible."

There are other treatments available, but Brian said they're also expensive and more long term.

The family is raising money through a GoFundMe for the treatment and to keep Lucy from getting worse. It raised $1 million in one week. Donations came in from across the country, even garnering celebrity attention from Ryan Reynolds and Jillian Harris.

"It's been very overwhelming in a very positive way," Lucy's mother Laura Van Doormaal said. "We are uplifted by the community's response to Lucy's story."

"We heard her story and, just as parents, we felt for the family and wanted to do something, so this was a way for us to give back," owner Heather Lynn Patel said.

Kaysen Martin, an Edmonton toddler, has also been diagnosed with the disorder. Her family has also launched an online campaign to raise money for treatment.