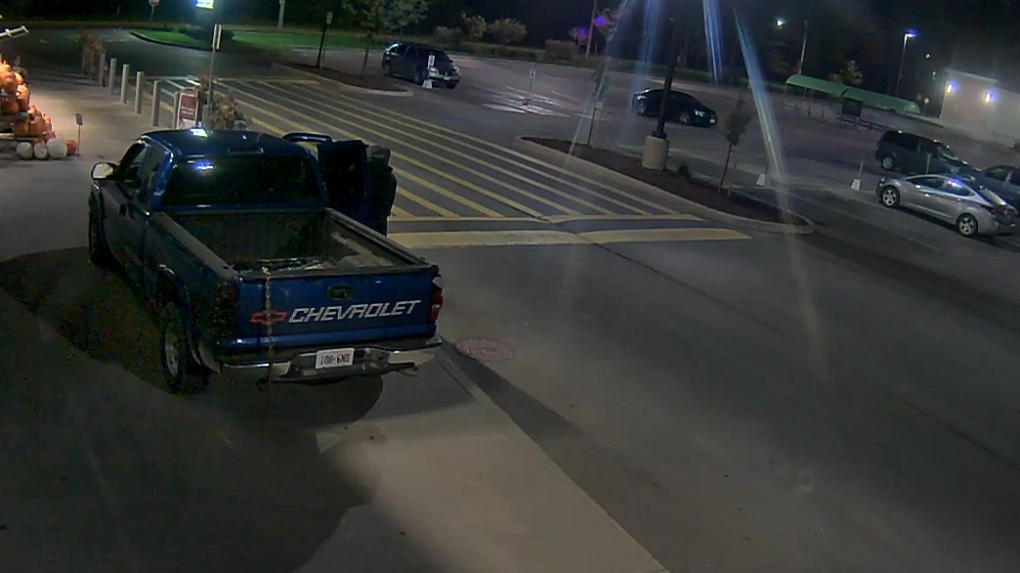 The first incident happened on Monday at around 3 a.m. That's when employees at the Sobeys on Huron Street scared off the suspects, who were seen inside the store.

Then, at around 4:45 a.m. that morning, the suspect vehicle was seen at Festival Market Place.

There, police say they tried to take an ATM from the Neighbourhood Credit Union, but were unsuccessful.

Two days later at around 4:25 a.m., the suspects returned to the Sobeys, but were once again scared off by employees inside.

The vehicle involved is described as a mid-2000s blue Chevrolet pickup truck.

Police believe all three suspects are male and say they're of average height and build.

They had their faces, heads and hands covered at the time of the incidents.

Police are asking business owners to be wary and to review and increase security measures.

Anyone with information is asked to contact Stratford Police.