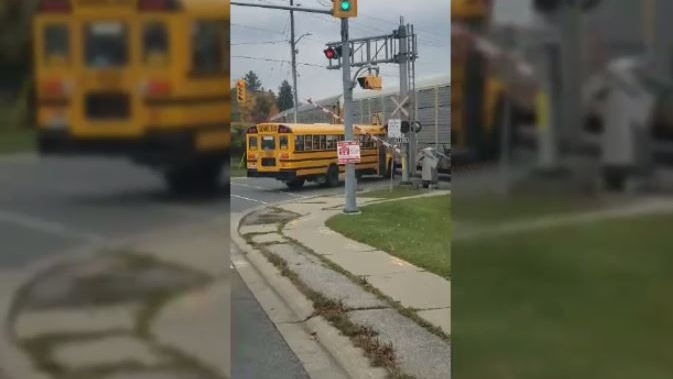 CAMBRIDGE – A 72-year-old woman has been charged regarding a school bus getting stuck under a railroad crossing arm.

A Reddit video first showed a school bus stuck under the arm as a train passed by on Oct. 29 at Coronation Bouelvard and King Street East in Cambridge.

The Waterloo Catholic School Board confirms students from St. Michael Catholic Elementary School were on board during the incident.

The driver was caught in close proximity to the tracks as the crossing lowered and flashing lights activated, according to officials.

No contact between the train and bus occurred. No injuries were reported.

The woman has been charged with Stop Wrong Place at Railway Crossing – School Bus as a result of an investigation.