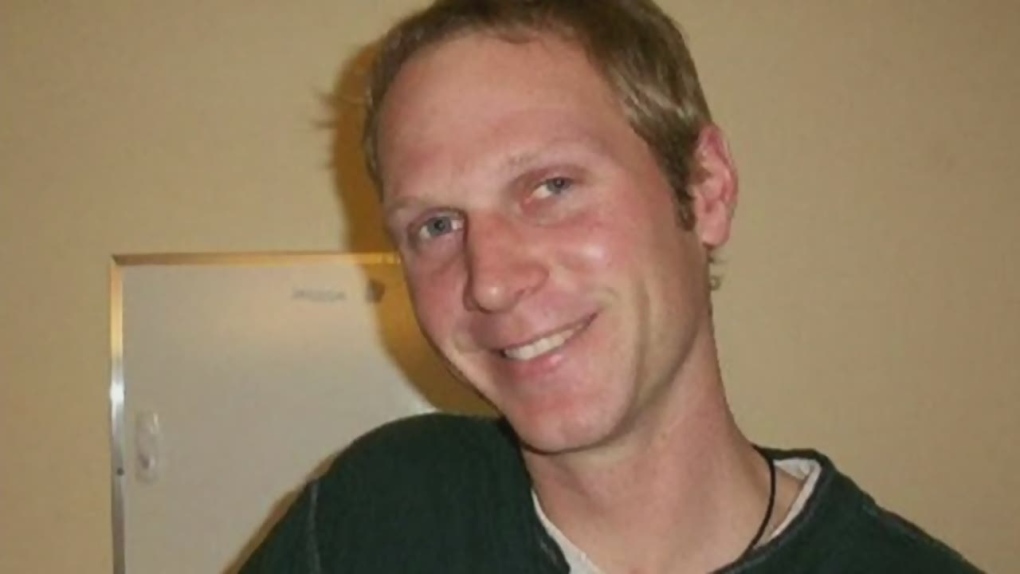 Tim Bosma disappeared from his home in Ancaster on May 6, 2013. Dellen Millard and Mark Smich were convicted of first-degree murder in the Bosma case on June 17, 2016.

HAMILTON -- A jury in Hamilton begins contemplating the fate this week of two men accused of killing Tim Bosma and torching his body in an animal incinerator dubbed "The Eliminator."

During the lengthy trial, the accused -- Dellen Millard, 30, of Toronto, and Mark Smich, 28, of Oakville, Ont. -- pointed the finger of blame at one another for the death of Bosma, who disappeared in May 2013 after taking two men on a test drive in a truck he had listed for sale online.

Bosma's charred remains were discovered days later on Millard's farm near Waterloo, Ont. Both Millard and Smich have pleaded not guilty to first-degree murder charges in the death of the 32-year-old Bosma, married and the father of a two-year-old girl.

The two co-accused and the Crown all agree that at 9:05 p.m. on May 6, 2013, Millard and Smich walked up to the Bosma house, where Bosma's wife, Sharlene, and a man who was their tenant were having a smoke.

Bosma spoke briefly to the men who had contacted him about the online ad, then got into his black Dodge Ram 3500 pickup truck with Millard sitting behind the wheel, Bosma in the passenger seat and Smich behind him in the back seat. The vehicle went north.

From that point on, the three story lines that emerged during the trial diverge.

There was blood spatter throughout the truck. There was also gunshot residue. Police found a shell casing to a .380 calibre bullet on the floor of the back seat.

Then, the Crown said, the pair retrieved Millard's truck parked nearby, and they drove both vehicles to Millard's farm -- making a brief stop in Brantford, Ont., where they tossed Bosma's cell phone. Once at the barn, the two worked together to hook up the mobile animal incinerator to Bosma's truck.

Millard, heir to an aviation company started by his grandfather more than 50 years ago, drove to his hangar in Waterloo in one truck and Smich in the other. Over the course of several hours, Bosma's body was burned in the incinerator at the hangar. The pair also stripped the truck, ripping out the seats and carpet, and eventually set fire to those items in the back field of Millard's farm.

Prosecutors said Millard wanted a truck to drive to a desert road race in Baja, Mexico later that month. They allege the pair planned for more than a year to steal a truck of the same model as Bosma's, kill the owner and burn the body in an incinerator.

It doesn't matter who pulled the trigger, prosecutors said, since both men planned the murder. Neither does the motive matter, they said, suggesting the pair killed Bosma "for the thrill of it."

Smich testified that he had been "scoping" out Dodge Ram pickup trucks because Millard wanted to steal one, and that he would be paid for his role in the theft. There had been 10 failed attempts to steal a truck, including one test drive with a former Israeli soldier the day before the pair showed up at Bosma's house.

Smich said the plan was to settle on a vehicle and come back and steal it after when "the time is right."
Almost immediately after getting behind the wheel of Bosma's truck around 9 p.m., Smich testified that Millard pretended to receive a text from a friend -- a ruse that allowed him to drop off Smich around the corner so he could follow behind in Millard's Yukon SUV.

Some time later, Smich said Millard swerved to the side of a road while driving Bosma's truck in Brantford, Ont. He testified Millard got out of the truck and appeared to tuck a gun into his satchel.

Smich testified he got out of Millard's SUV and walked over to Bosma's truck, where he saw the man's body slumped over the dash and a bullet hole through the window. There was blood everywhere.

Smich said he was terrified and paralyzed with fear. He switched the licence plates on Bosma's truck at Millard's behest. Then the pair drove in tandem to Millard's farm, where they hooked up the incinerator to the truck.

Millard wrapped Bosma's body in a sheet and told Smich to put it into the incinerator, but Smich said he couldn't because he'd injured his shoulder. So Millard did, and then the two drove in tandem to Millard's hangar.

Smich said he hosed down the truck and helped strip it of carpets, seats and seat belts. He said Millard switched on the incinerator; several hours, the burning was complete. A few days later, he testified, they burned more of the evidence in a field at Millard's farm.

Smich said after he was given the gun used to kill Bosma, he buried it in a nearby forest, but to this day cannot remember where. The gun has never been found.

Millard chose not to take the stand in his defence. His version of events was relayed to the court via his lawyer, Ravin Pillay.

Smich,  a high-school dropout who was selling drugs and working odd jobs for Millard -- was desperate for money. Millard had promised him a restored Cadillac as payment for his role in the theft of a pickup truck.
Smich was frustrated because Millard would not go through with plans to steal a truck after more than a year of planning and "scoping out" about 10 vehicles.

When the pair arrived at Bosma's house, court heard Smich had his head covered in a hoodie and looked "sketchy." Pillay said that was because he was holding onto a gun in his sweater's front pocket.

Around 9:15 p.m., all three got into the truck -- Millard driving, Smich in the back seat directly behind Bosma. They drove north to the highway, well past where they parked Millard's Yukon.

Shortly after getting on the highway, Smich pulled the gun in a robbery attempt. Bosma and Smich struggled and the gun went off accidentally, Pillay told the court.

The defence said that in the chaos that ensued, Millard became an accessory to Smich's act.

The pair drove back in a frantic trip to get Millard's truck. Then they headed to the hangar, where they incinerated Bosma's body and began destroying evidence.

Pillay said Millard is too smart to commit such a dumb crime -- showing his face to Bosma's wife and tenant, keeping the stolen truck in plain view inside his hangar and later parking the vehicle inside a trailer at his mother's house.

The judge, Justice Andrew Goodman told jurors in his final charge that those who personally commit a crime, as well as those who aid or abet, are all equally culpable in the eyes of the law in Canada.

He adds that there is only one route to a first-degree murder verdict in this case, and that is a finding that planning and deliberation were involved.

Jurors can also return a guilty verdict for second-degree murder or manslaughter for either accused, or a not-guilty verdict.