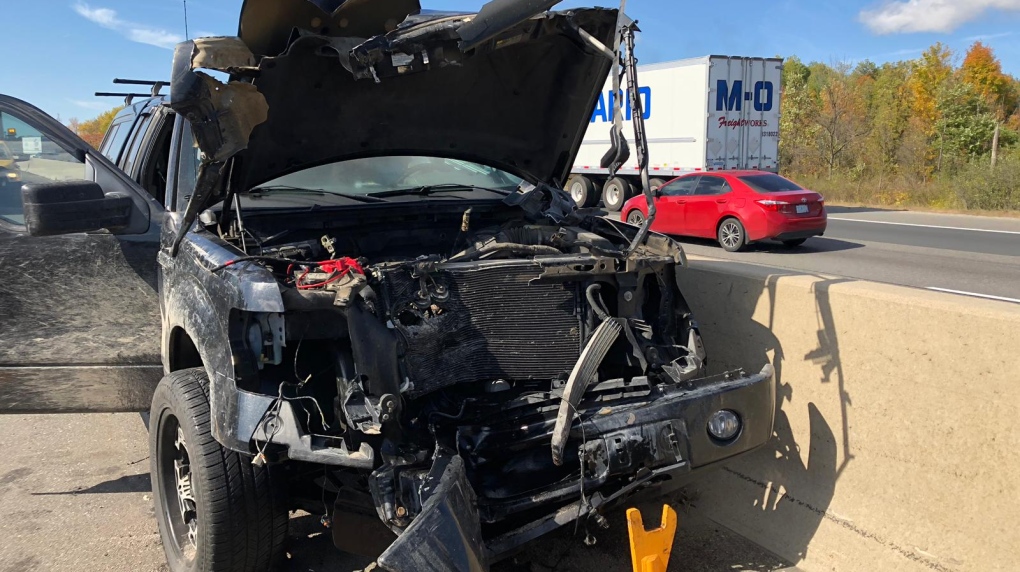 Police say four people were uninjured after this vehicle was hit by a flying wheel. (@OPP_HSD / Twitter)

KITCHENER – Four people are somehow uninjured after their vehicle was hit by at least one flying wheel.

Provincial police say that a set of wheels detached from a transport truck that was heading west on Guelph Line.

The wheels came into the eastbound lanes and hit a car, destroying the front of it.

Police say none of the four occupants were injured.

Anyone who may have information is asked to contact police.