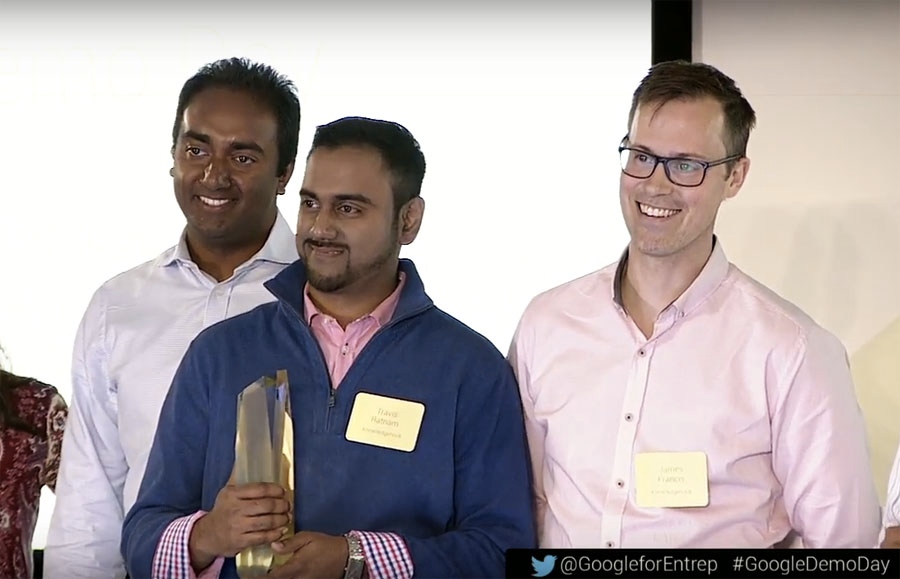 A Waterloo-based startup is making waves well beyond its hometown.

Knowledgehook, which operates out of the Accelerator Centre, won an award at Google Demo Day – an annual event which sees a handful of startups from across North America invited to Silicon Valley to pitch their concepts to potential investors and other bigwigs from the tech world.

Knowledgehook has created software used to help children learn math, by having them answer math questions and then analyzing the results to suggest teaching methods for individual children.

The company boasts that its software is already being used by 5,000 teachers in North America.

It was one of 11 startups featured at Wednesday’s event, and received the Game Changer award, which is voted on by people watching the festivities.

“The support we’ve received today will be pivotal to our mission of helping students all over the world build their math skills,” company co-founder Travis Ratman said in a press release.

The day’s top prize went to Player’s Health out of Minnesota, which streamlines medical records for athletes.