'These people are young': Community rallies behind 45-year-old man hospitalized with COVID-19

SIMCOE -- The community of Simcoe, Ont. is rallying together to help a family impacted by COVID-19.

Forty-five-year-old Mike VanNetten tested positive for the disease earlier this month and his wife, Sarah VanNetten, said it has been a challenge ever since. 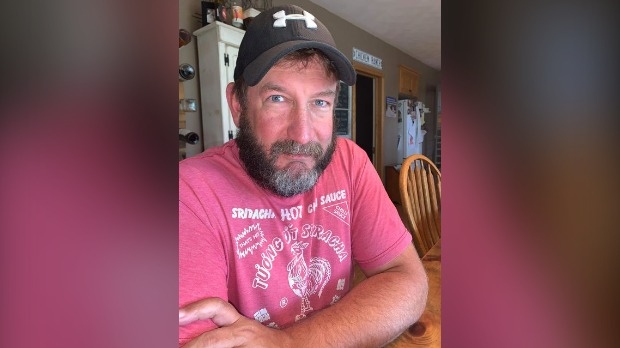 Sarah visits Mike every day at a Hamilton hospital and said it’s been an eye-opening experience seeing so other COVID-19 patients suffering.

Mike is now in critical condition after complications following his original diagnosis. He also has a secondary infection and his lungs cannot function on their own.

“Some days it feels like I’m not even going to make it to the next minute,” Sarah said.

Mike is well-known in the community as a farmer and a volunteer coach. His nickname is "Chicken."

"Chicken for Chicken" is the name of the fundraising campaign at Kaley’s Restaurant in Simcoe. 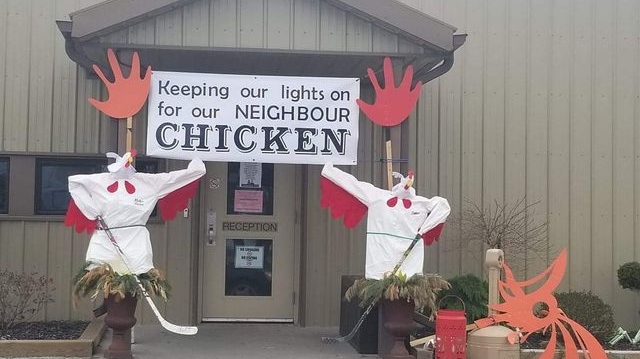 Staff are cooking up special menu items to raise money for the VanNettens.

“For single size and for family size. I will also offering frozen options chicken options, “ said Kaley Horton, the owner of Kaley's Restaurant.

The fundraiser has raised about $7,500 in its second week. But family and friends said it isn’t about the money.

“Creating awareness for what COVID  does to a family, to a community, to a single person,” Horton said.

Tributes on porches are popping up across the country to show support for the beloved coach.

“I could think of a few on the East Coast. Nova Scotia, a couple in B.C., Pittsburgh,” said Ed Dove, a long-time friend of Mike's.

Dove said Mike deserves all of the attention even though the humble man would be shocked at the outpouring of support.

“It’s just paying it forward for all these people right now because he’s touched so many,” Dove said.

Mike's family said they’re confident he will get through this.

“He's going to wake up and say i don't know what you guys were worried about. I had this the whole time,” Sarah said.

His family have friends have made custom t-shirts with the saying "Steady as we go," a slogan they said helps them get by as they try to stay strong and positive during this difficult time.