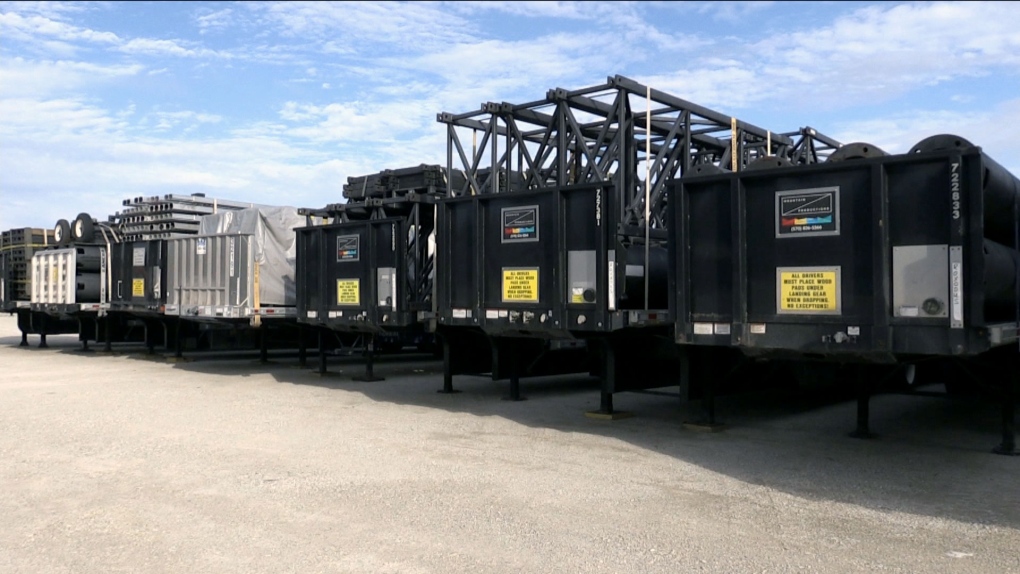 Roxodus Music Festival in Clearview, Ont. has been cancelled.

When Susan Gage saw the killer lineup of legends booked for the Roxodus music festival she immediately grabbed early tickets last December, never thinking organizers would cancel the event a week before it was set to get underway.

But on Wednesday the resident of Collingwood, Ont., learned the marquee roster of names like Aerosmith, Nickelback and Lynyrd Skynyrd wouldn't be playing the nearby Edenvale Aerodrome because planners said "tremendous rainy weather" over the past couple months affected the event grounds.

"I'm not buying that," said Gage, who spent $1,450 on VIP tickets and a parking pass to the four-day festival that also boasted appearances by Kid Rock, Alice Cooper and Blondie.

"I live close to the venue and I have driven by several times over the past few month... It is not wet there, it is dry there."

Like many other Roxodus ticketholders on social media, Gage is looking for answers -- maybe even pictures -- that would verify promoter MF Live's claims the grounds of the Edenvale Airport are somehow unsuitable for the concerts that were supposed to begin July 11.

The co-owners behind Roxodus haven't commented beyond their initial statement.

"It is with a heavy heart that we announce the cancellation of the Roxodus Music Festival this year," they said.

"Our team has worked tirelessly to find a solution in which the show can go on but unfortunately, we could not make it happen this year."

Information about ticket refunds would be issued shortly, they added, though a spokesperson did not respond to questions by email.

Clearview township Mayor Doug Measures said in a statement the cancellation was "a business decision made independently by MF Live Inc.," and that organizers met all the zoning bylaw requirements as of June 19.

A spokesman for the central region of the Ontario Provincial Police said an investigation was launched late last week regarding a former employee of MF Live.

Sgt. Jason Folz said he couldn't comment on the nature of the allegations or whether they're related to the festival because the investigation is ongoing.

Roxodus was an ambitious event from its inception, dreamed up by MF Live co-founders Mike Dunphy and Fab Loranger, two accomplished players in Canada's construction industry who were taking their first swing at a music festival.

Publicity materials promised "a once in a lifetime experience" for rock lovers, with a rich slate of VIP tickets that ran as high as $7,500, and included options such as catering by celebrity chefs and an air conditioned tent that was to be decorated with custom-made furniture.

"We're getting custom-made skull chairs made that are valued at $25,000 a piece," Dunphy said in an April interview.

"(There's a) guitar shrub that looks like a Gibson Les Paul."

Dunphy said they attracted major acts by paying their entire performance fee upfront, which helped convince bands to take part despite the organizers' lack of experience in the music industry. Musicians typically receive about 60 per cent to sign on for an event, and the remainder after they play.

Kid Rock was the first to put his name on the bill, and Dunphy said when word got around the music industry of the upfront payments, other artists became interested.

"They all start talking to each other," he said.

Roxodus wristbands began arriving in festivalgoer's mailboxes last month and included tap payment technology built into them. Organizers urged people to load money onto their accounts saying the event would be cashless.

--With files from Adina Bresge