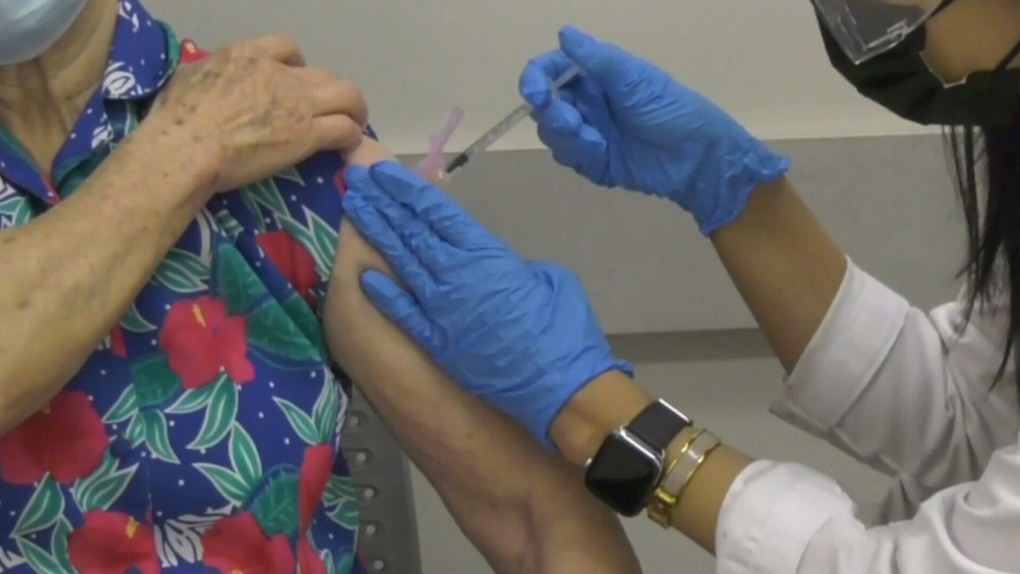 The move comes as the province opened eligibility for a shortened interval between first and second doses for everyone 80 and older beginning Monday.

Anyone 80+ in Waterloo Region who wishes to move up their second dose appointment must complete a form online.

Health officials say it could take two to four weeks to be contacted about an earlier second-dose appointment. Those who already have a second dose scheduled in the next few weeks are encouraged to keep the original appointment.

Canada has approved an interval of up to 16 weeks between first and second COVID-19 vaccine doses.

The Waterloo Regional Vaccine Distribution Task Force says it will balance the need to get first doses into arms as quickly as possible with the expedited second-dose schedule.

The region's goal is to achieve a 75 per cent vaccination rate among all age groups.

Anyone who already had a second dose appointment is urged to cancel it should they book an earlier date.

The Huron Perth health unit says those 70 and older will be able to start booking an earlier second dose starting the week of June 14.

“There has been excellent uptake of vaccine in Huron Perth and we know that people are eager to receive their second dose,” Dr. Miriam Klassen, medical officer of health for Huron Perth, said in a release. “We ask that people waiting to book vaccination appointments please be patient with our staff during this busy time. We also remind the public that rude or abusive language towards staff will not be tolerated.”