Police said their drugs and firearms unit took over the investigation on Friday, and a search warrant was conducted at the house that day.

The explosion at a townhouse complex on Elm Ridge Drive sent four people to hospital and temporarily displaced several others in neighboring units that also sustained significant damage.

“I couldn’t have pieced together what it was in that moment,” said Noah Brown, who lives across the hall from the unit where the explosion occurred. “I thought something had hit the roof.”

While he’s since been allowed back into his home, he expects repairs will be needed.

“We’re probably going to have to gut the bathroom and anything in the basement. If it’s not completely smoke damaged, then it’s going to smell like plastic forever,” said Brown.

He said it is concerning that the explosion is now being considered criminal.

“If it’s being investigated criminally, whatever happened in there, they shouldn’t have been doing. But the fact that was being done with two kids in the house, I’m sorry, but that’s not okay,” said Brown. 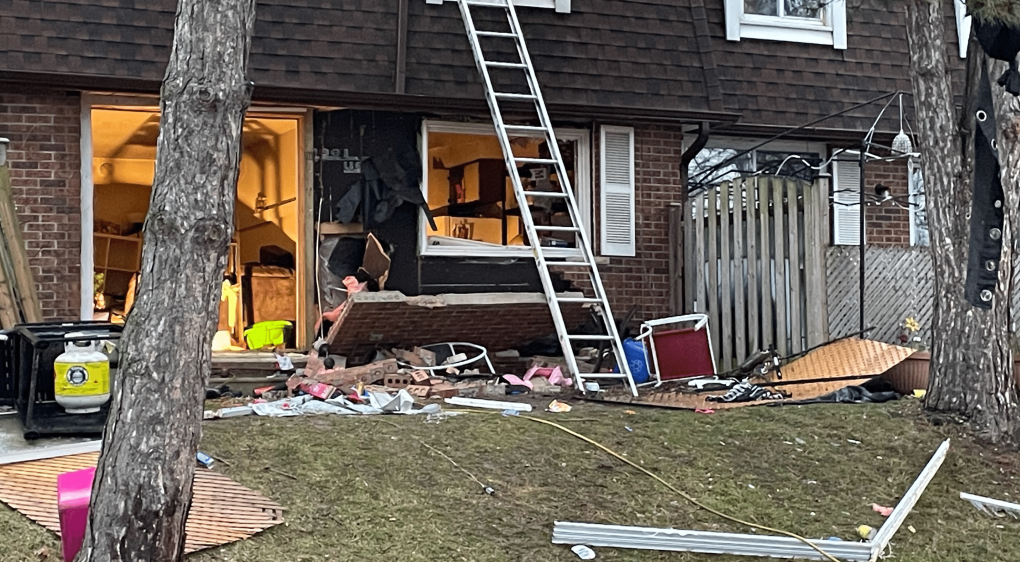 According to police, two children who were taken to a local hospital with minor injuries have since been released, while a man and woman who were transported to a hospital outside the region with serious injuries remain in hospital.

The Office of the Ontario Fire Marshal (OFM) has been on scene since Thursday. Nancy McDonald-Ducan with the OFM says when their team finds something suspicious, they pass it on to police.

“It’s their [police’s] role to determine if, whether or not, there’s more that needs to be looked into and certainly their role to deem it criminal,” McDonald-Ducan said.

The Ontario Fire Marshall said it could take a few weeks before the investigation wraps up.

“I don’t know if they have even found the area of origin yet. I do know currently they’re working on the basement area,” said McDonald-Ducan.

Kitchener Fire Chief Robert Gilmore said the cost of the damage is estimated in excess of $1 million.

Police did not say exactly what evidence illicit drug production was found at the home.