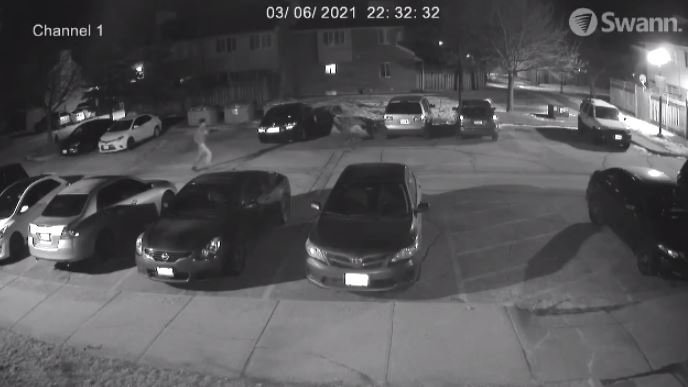 Waterloo regional police have released a video of a man wanted in connection to a stabbing in Cambridge. (@WRPSToday)

KITCHENER -- Waterloo regional police released a video on Monday of a man wanted in connection to a stabbing in Cambridge.

The incident happened on March 6 around 10:30 p.m. in the area of Kimberley Road and Galt Avenue.

According to police, a male youth was exiting a vehicle when he was approached and stabbed by two other men.

The victim was taken to hospital with non-life threatening injuries.

The man is described as tall with a skinny build, black or dark brown hair, and was last seen wearing grey track pants with stripes or writing on the side, along with a hoodie with a logo or writing on the front.

Police are looking to speak with the man in the video and anyone with information is asked to contact them.

Continuing to investigate a stabbing incident that occurred on March 6, 2021, at approximately 10:30 p.m., in Cambridge.

Seeking the public's assistance in identifying the individual in the video.