“This is a very well-organized organized crime group that was responsible, we believe, for importing large amounts of cocaine into our community,” RCMP Supt. Jamie Jagoe said at a Friday morning news conference.

The group includes the man arrested Thursday afternoon at a parking lot on Pinebush Road in Cambridge, in a takedown that was captured on video. 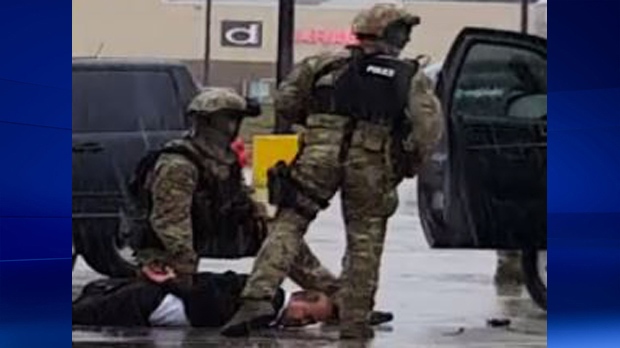 Jagoe said that the takedown also included police seizing a tractor-trailer in the parking lot which, at the time, contained nearly 35 kilograms of cocaine. That amount of cocaine, he said, would be worth $1.75 million wholesale and potentially millions of dollars more on the streets.

“This is a large amount of cocaine by any standard,” he said.

It was not the first time the tractor-trailer had been inspected by the authorities.

Dan Badour of the Canada Border Services Agency said that the truck had been stopped at the Fort Erie border crossing in January, on the belief that it might be carrying drugs in a hidden compartment beneath its floor.

At that time, he said, no drugs were found – but officials were able to corroborate other information they had learned about the alleged smuggling activity.

The investigation also involved Waterloo Regional Police and American law enforcement agencies, including the Department of Homeland Security, as well as local policing agencies on both sides of the border.

On Thursday, 14 search warrants were executed at properties in Waterloo Region, the Toronto area and the Windsor area.

A total of 12 people were arrested, including eight Kitchener residents, and one person apiece from Cambridge, Leamington, Toronto and Thornhill. All 12 will face charges related to importing drugs into Canada.

“They were responsible for the logistics of moving large amounts of cocaine, via commercial trucks, from Los Angeles to the Kitchener-Waterloo area,” Jagoe said.

“This investigation is still ongoing, and we anticipate there will be additional charges in the coming days.” 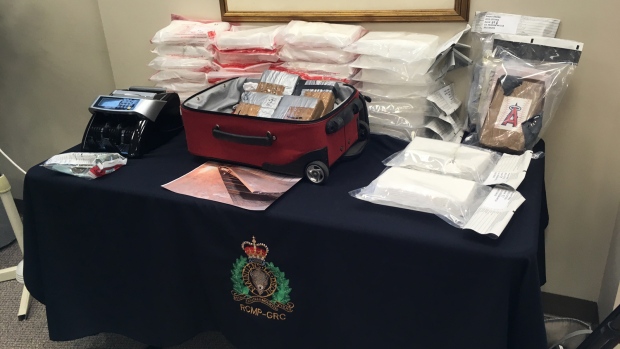 A Homeland Security representative told reporters Friday that the people arrested in Waterloo Region had been linked to other investigations in the United States, and further arrests are expected in that country.