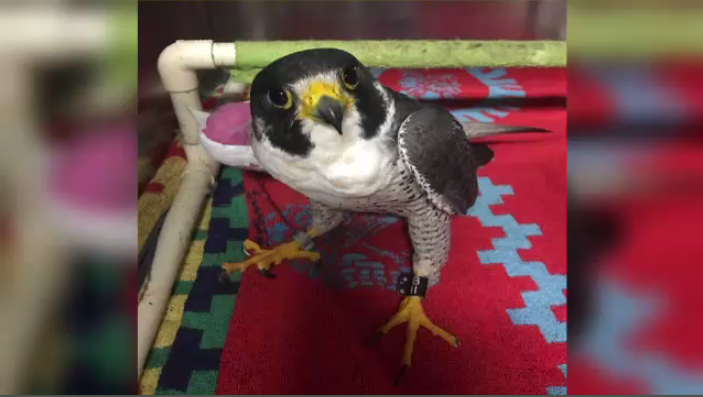 Peregrine falcon found dead after being treated for a broken wing and released back into the wild last week.

A falcon that nests in the CTV communications tower has been found dead after being released back into the wild last week.

Lucifer, the father of the falcon family, was treated for a broken wing by the wildlife refuge.

On Tuesday, they confirmed he was found dead in the West Kitchener area.

At this point the wildlife refuge is unsure about what happened to him but say Lucifer was rehabilitated and able to fly so keeping him in their care longer would not have made a difference.