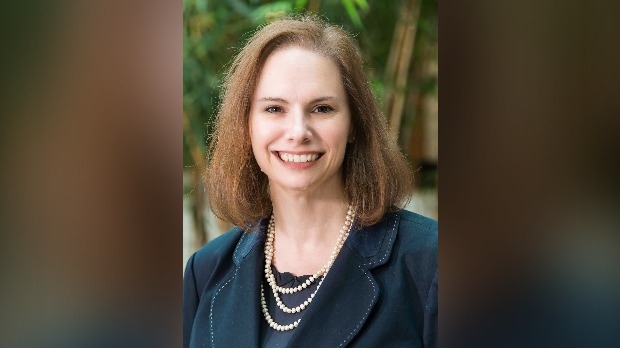 KITCHENER -- The newest appointee to the police services board made her debut at a virtual meeting on Wednesday morning.

Karin Schnarr was appointed by the province effective July 2 for a three-year term.

An associate professor of police and law at the Lazaridis School of Business and Economics, she grew up in the region.

At the board meeting on Wednesday, she explained that she grew up in Waterloo and now teaches just down the road from her high school.

She also acknowledged some of the ongoing concerns about policing in Waterloo region and in a broader context.

"I am so delighted to be part of this board and I think, at such an interesting and evolving time in terms of police services, not just in our community but in Canada and globally," she said as part of her introduction.

"So anything I can do and contribute to being part of that conversation, I am so honoured to do that."

Amid calls over the past few months to defund police, local officials had suggested the vacant seat on the board was an avenue for more diversity and equity in policing decisions.

"I know that there were individuals in the community who were very interested and I assume that they put their names forward but because this is a provincial appointment and we have not been consulted of late, it takes on a life of its own and it's a decision that's made by the province, we're not asked for or consulted on any input," said Regional Chair Karen Redman, who is also the chair of the police services board, during the meeting.

"I assume that the community people did put their name forward but I really have no way of confirming other than if you reached out and they confirmed it."

One of the people who had earlier expressed possible interest in the seat was Teneile Warren of the African, Caribbean, Black (ACB) Network of Waterloo Region.

But in a roundtable with CTV Kitchener back in early June, the ACB Network said that they didn't believe the path to change was through the police services board at all.

"The police board is inherently very hard for community members who are the most negatively impacted to get onto. So there is one community-at-large member who is elected by the council, three council members and three people who are chosen provincially," explained Fitsum Areguy at the time.

"It is very unlikely that even getting somebody onto the board, somebody who is a representative of our community, which also is tokenistic, could actually enact any real change. So I don't see electing someone to the police board as the right choice."

Warren told CTV Kitchener on Wednesday that she did not end up applying for the position.

Six out of seven of the police services board members are white.