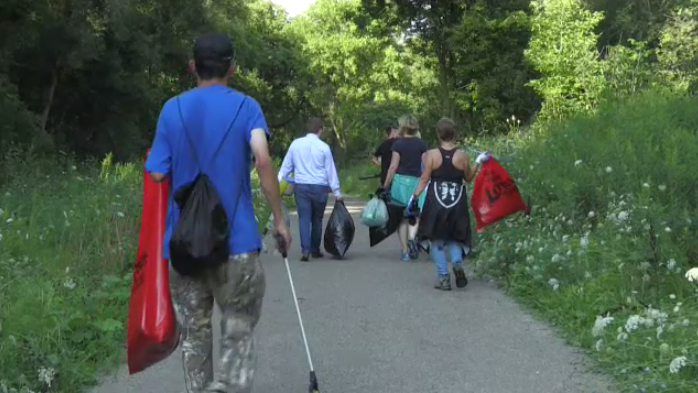 Volunteers came together to clean up a trail in Cambridge.

KITCHENER -- One of Cambridge’s most popular trails has reopened to the public.

The Mill Run Trail was closed on July 6 so that the 20-metre bridge could be replaced.

It was expected to take more than two months, but the city says they were able to complete the work in less than six weeks.

Crews did experience some unexpected challenges on the Mill Run Trail.

The city says they had some difficulty accessing the site, but they were able to transport the replacement bridge down the trail in larger pieces.

“I’m so glad a way was found to complete the bridge more quickly and make this outdoor space available sooner for the community to enjoy,” said Mayor Kathryn McGarry in a press release.

The Mill Run Trail is a five-kilometre stretch, following the Speed River and 1896 Galt, Preston, and Hespeler Electric Railway Line to Riverside Park. Residents can also access the Chilligo Conservation Area and the former Idylwyld Park.