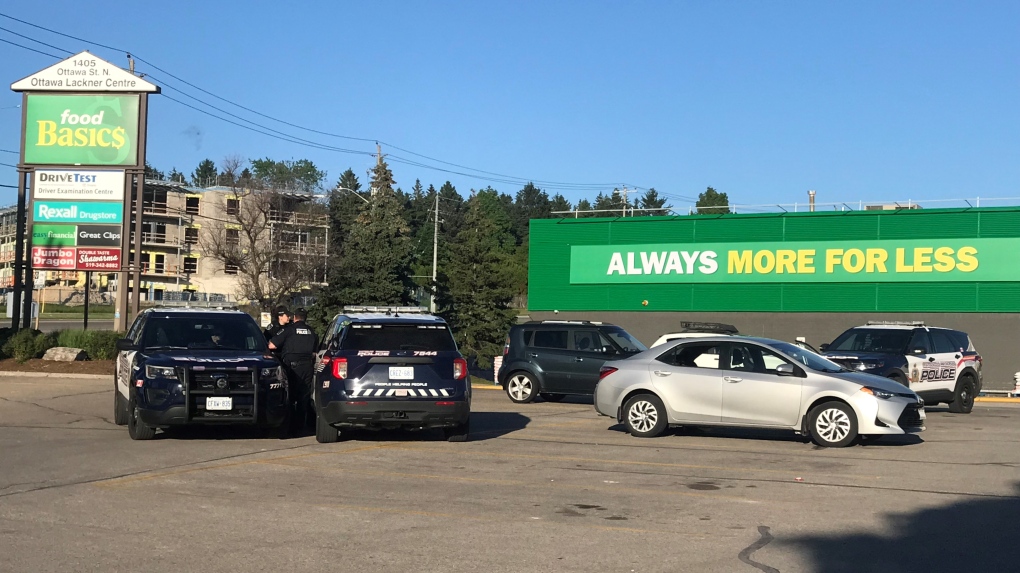 Waterloo regional police at scene of an alleged stabbing in Kitchener on June 14, 2022. (Dan Lauckner/CTV Kitchener)

A 57-year-old man has been arrested after another man was stabbed Tuesday evening in Kitchener.

Officers with the Waterloo Regional Police Service were called the area of Ottawa Street North and Lackner Boulevard around 6:30 p.m. for a report of a disturbance. CTV News spotted several police cars parked in a busy shopping plaza.

A 34-year-old Kitchener man with a stab wound was found at the scene.

Police said the man had serious injuries and was taken by paramedics to a hospital outside the region.

They tweeted that the suspect and victim were known to each other and they believed it was a targeted incident.

Police announced on Wednesday that a 57-year-old Kitchener man had been arrested.

He's been charged with attempted murder and assault.