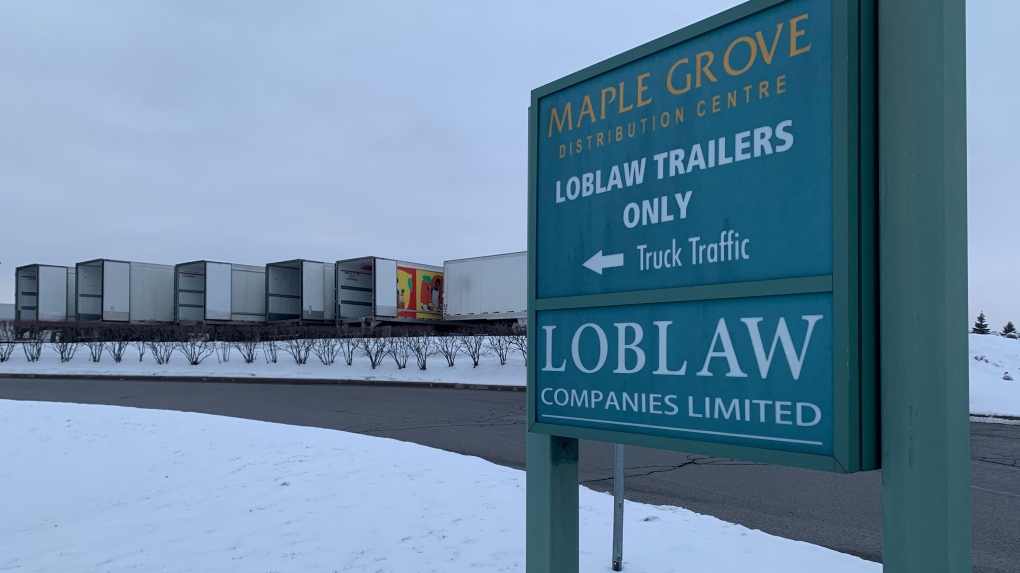 KITCHENER -- Loblaw Companies Ltd. has confirmed that it will be ceasing its company-run transportation operations at its location on Maple Grove Road in Cambridge in two months.

A total of 150 layoff notices went out to employees at the shipping centre on Tuesday.

In an emailed statement, a company spokesperson said that the company's operations there will close effective March 7. The decision and announcement were reportedly made as as the result of a contract ending.

"We did not make this decision lightly. The vast majority of our transportation operations are run by third parties, and we believe this makes the most sense for our business and our teams in this case," the statement read in part.

"To be clear, this doesn’t mean there will be less work from this site for local truckers, it means that we will rely on trucking companies to support this work."

The company said it is offering those affected enhanced severance, early retirement options and support.

The spokesperson did not say how many people would be impacted by the decision to stop its operations at the facility.

The president of the Local 1006A United Food and Commercial Workers' Union said in a Tuesday statement that, "we are disapointed by the company's suprise announcement, which gives little time for our members to adjust to job loss and unemployment.

"We will work hard to ensure members get their enhanced serverance, pension, and benefits as negotiated in their union contract."

This is a corrected story. The previous version falsely identified the union branch as Local 106 -- in fact, it is Local 1006A United Food and Commercial Workers' Union.