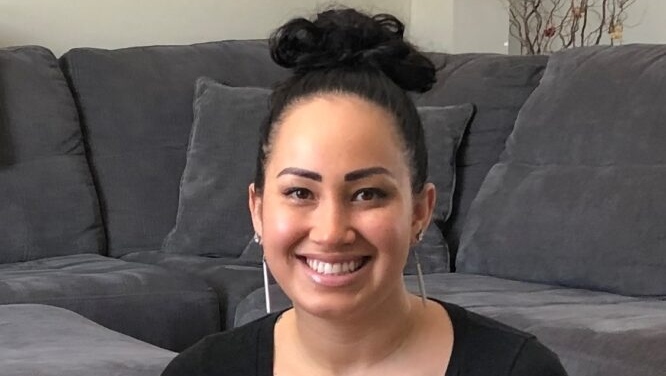 Katelynn Saengdala is the only Canadian in the latest round of 16 to be named as a recipient of the Carnegie Medal for acts of extraordinary heroism. (Carnegie Hero Fund Commission)

Being in recovery from a spinal fracture suffered in a car accident one month earlier didn’t stop Katelynn Saengdala, a then 32-year-old manufacturing worker of Kitchener, from saving two people struggling to stay afloat in Lake Erie.

Saengdala jumped into action on Aug. 27, 2020, when she noticed a rip current was carrying a 39-year-old Kitchener man and his 12-year-old daughter away from shore as the pair swam in Lake Erie off of Port Colborne.

Saengdala said when she heard the calls for help she didn’t think twice about jumping into the water to save the people who were struggling.

Now, Saengdala is slated to become the only Canadian in the latest round of 16 recipients to receive the Carnegie Medal for acts of extraordinary heroism.

“Being called a hero sounds so surreal to me," said Saengdala in an email. "But, I am still extremely honoured to be called one and receive this award. Thinking about the day that this happened, I get so overwhelmed with emotions."

Saengdala added that although she saved two people, that day brings back a lot of anxiety and pain because while two people were saved, a third person died - a close friend of hers.

The Carnegie Medal is awarded to civilians throughout the U.S. and Canada who have willingly put themselves in extreme danger while saving or attempting to save the lives of others.

According to the Carnegie Hero Fund Commission, a rip current had carried the pair away from shore and Saengdala swam after them, reaching them at a point about 50 feet from shore.

Saengdala grasped each of them by one arm and kicked to move them toward shore.

Towing both of them was taxing, and at a point about halfway to shore, where water was still more than 6 feet deep, Saengdala struggled to keep going.

A man with a child’s flotation toy arrived and aided the father and daughter the remaining distance to safety.

“I only want to stress to others, who end up in this very scary situation, to please make sure that you take something out with you,” said Saengdala. “Whether it’s a life ring, a life jacket, or even just a pool floater. Even though I am a great swimmer, nothing can prepare you to go up against rapidly changing monster waves with a strong undertow.”

Saengdala suffered back pain for a month after the incident, but has since recovered.

To date, the Carnegie Medal has been awarded to 10,307 individuals since the inception of the Pittsburgh-based Fund in 1904.