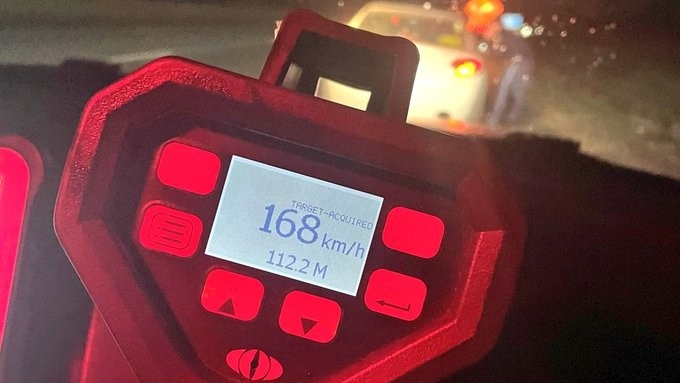 A driver in Cambridge was pulled over going 168km/h. (OPP)

A driver in Cambridge was nabbed by Ontario Provincial Police (OPP) driving 168km/h.

In a tweet Friday morning, OPP said the driver tried to reason that he didn’t think he was going that fast.

According to OPP, the driver said “Oh, I thought I was going 140,” to which the officer told the driver 140km/h is still speeding.

The roadway the driver was pulled over on was not mentioned in the tweet.

Authorities in Western Australia on Wednesday recovered a tiny but dangerous radioactive capsule that fell off a truck while being transported along a 1,400-kilometer (870-mile) Outback highway last month in what an official said was like finding the needle in the haystack.

Andrew Tate, the divisive influencer and former professional kickboxer who is detained in Romania on suspicion of organized crime and human trafficking appeared at a court in Bucharest on Wednesday to appeal against a second 30-day extension of his detention.

The backlog of airline complaints to the Canadian Transportation Agency since December's travel chaos balloons by thousands, a Conservative MP raises concerns over the government's quarantine hotel spending, and a Toronto man raises money for charity after spending 24 hours in a diner due to a lost bet. Here's what you need to know to start your day.