Queen Elizabeth II, Britain’s longest-reigning monarch, died Thursday at the age of 96 after 70 years on the throne.

The Queen visited Canada numerous times over her seven-decade reign, often accompanied by her husband Prince Philip, the Duke of Edinburgh.

During her trips to southwestern Ontario, she stopped by everything from historical sites to centres for the arts.

The Queen’s first visit to southwestern Ontario took place in 1951. At the time, she was a princess standing in for her father who was ill.

During a coast-to-coast tour of Canada, Princess Elizabeth and the Duke of Edinburgh visited a Ford plant in Windsor. Newspaper coverage of the visit details how the couple’s children, Prince Charles and Princess Anne, were gifted remote control cars emblazoned with the crest of the City of Windsor.

She also made a stop at Niagara Falls.

The Queen’s first official visit to southwestern Ontario took place in 1959 when visited a number of cities in the area during a 45-day tour of Canada. Stops included Waterloo, Guelph, Stratford, London, Windsor and Sarnia. 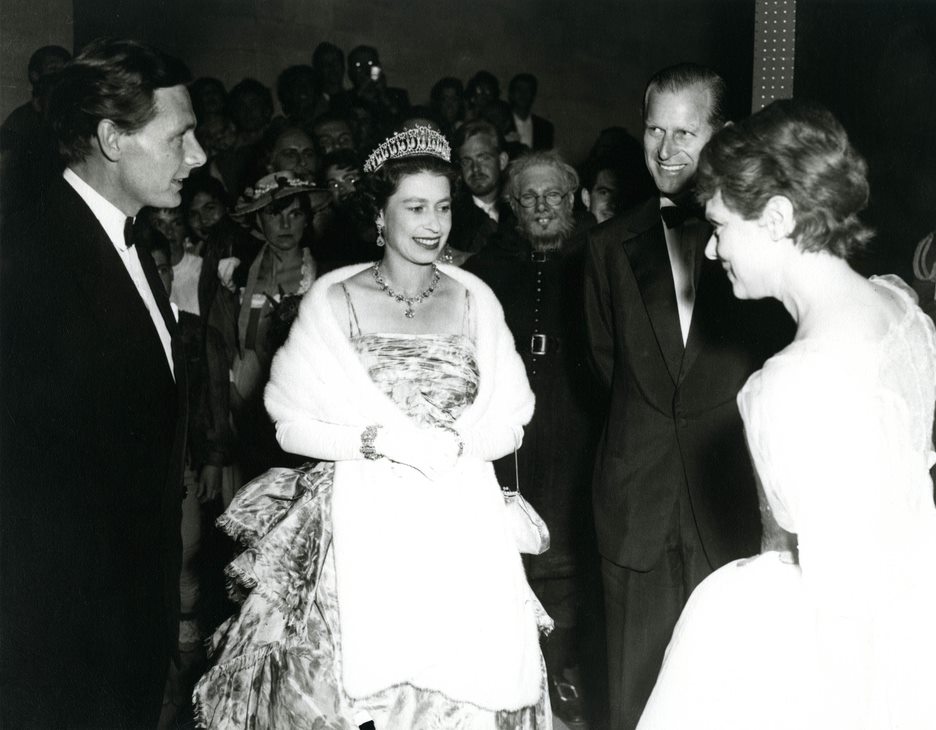 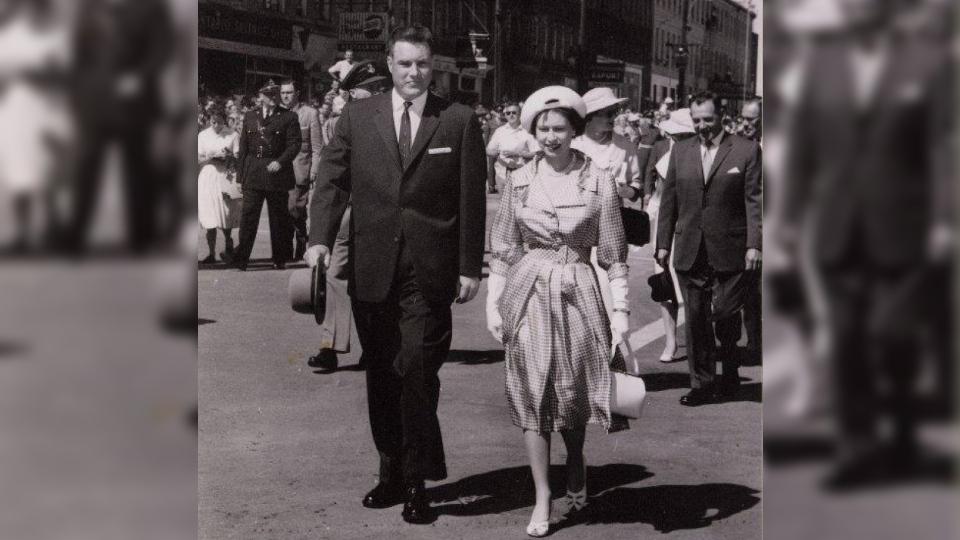 The Queen walks down Carden Street in Guelph accompanied by Mayor David Hastings in 1959. (Cam Guthrie/Twitter) 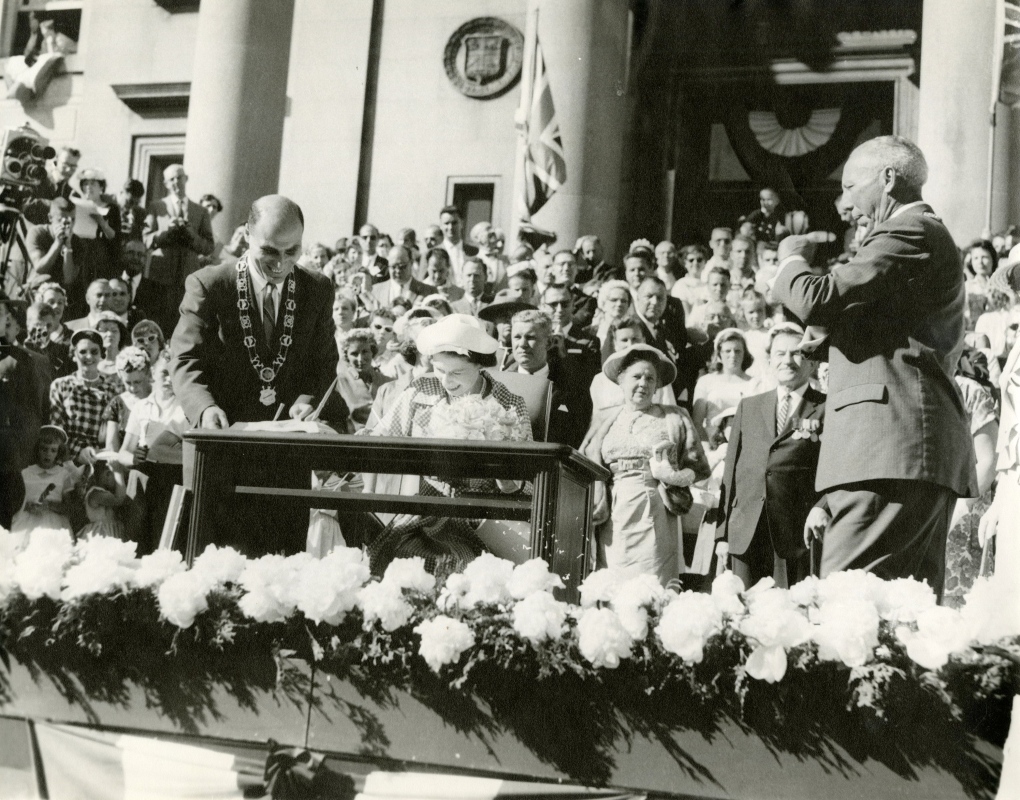 The Queen visited Cambridge, Kitchener, Waterloo, London, St. Catherines and Niagara-on-the-Lake during in the summer of 1973 as part of an extended tour of Ontario.

While in Cambridge, she presented Mayor Claudette Millar with a pin at Riverside Park. 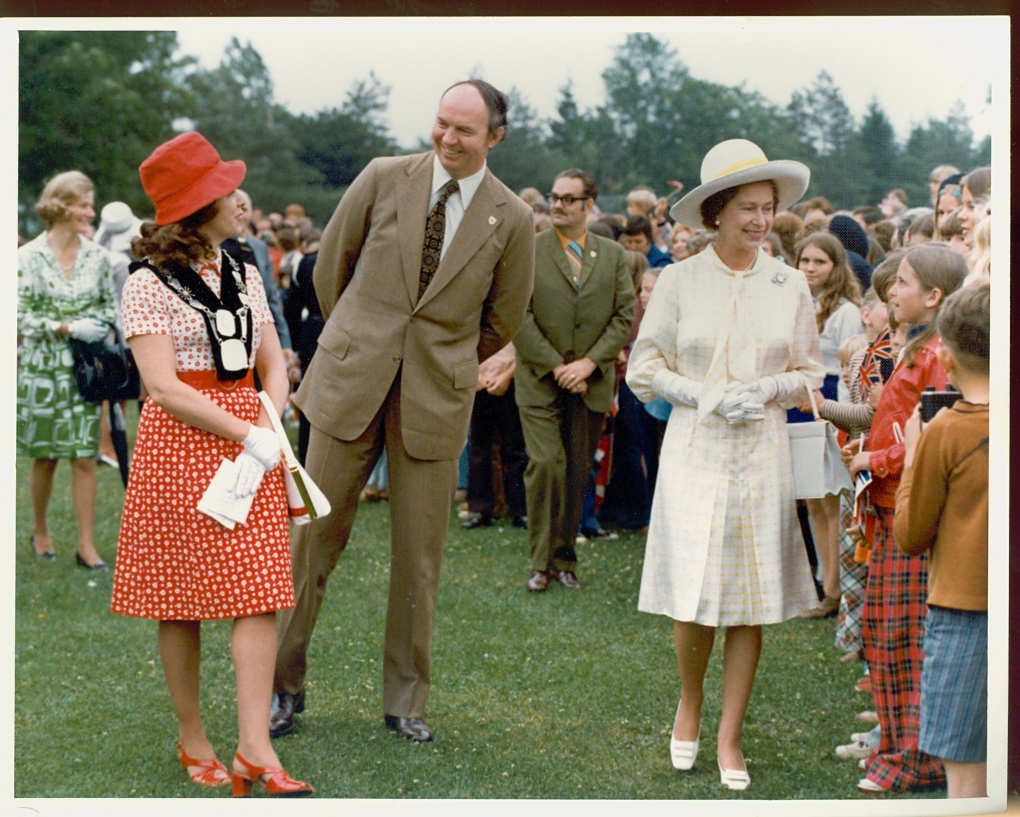 An estimated 4,000 cheering people greeted the Queen when she visited Brantford in September 1984.

Standing next to Six Nations Chief Wellington Staats, the queen unveiled a plaque at Mohawk Chapel, recognizing it as a national historic site.

The monarch also visited Windsor during her 1984 visit.

In 1997, the Queen arrived in Stratford via helicopter where she watched actors perform a scene from ‘The Taming of the Shrew.’

The Queen then headed to Bell Homestead in Brantford, where she greeted crowds and visited the study where it’s believed Alexander Graham Bell dreamed up the idea of the telephone. 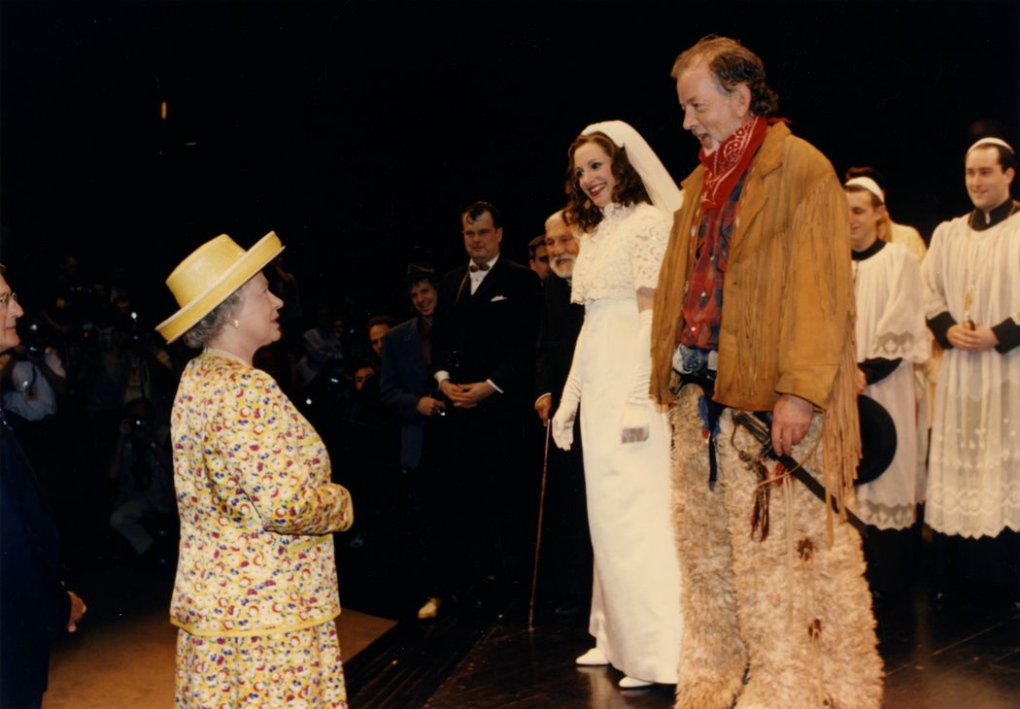 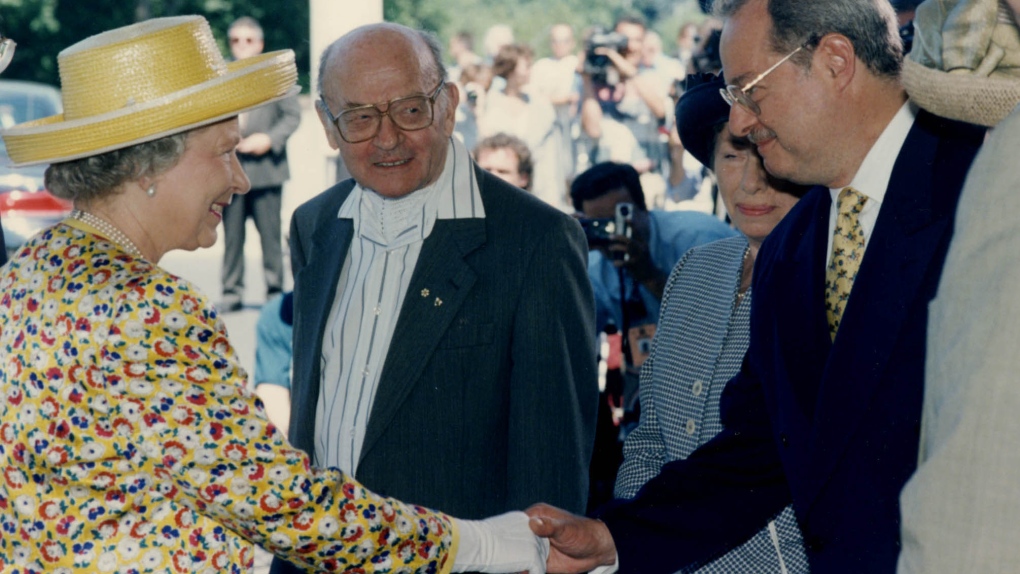 The queen meets with Tom Patterson and Richard Monette in Stratford in 1997. (Submitted/Stratford Festival)

In July 2010, the Queen toured what was then known as Research in Motion – now BlackBerry – in Waterloo.

Waterloo Mayor Dave Jaworsky worked for the company at the time.

“The plan was to have the Queen come through the manufacturing lab of Research in Motion and my job was to make sure they got the right smocks. There was one labelled Her Majesty, one labelled His Majesty,” Jaworksy said. “She came in and her team put on the gown and that was my few moments with the Queen.” 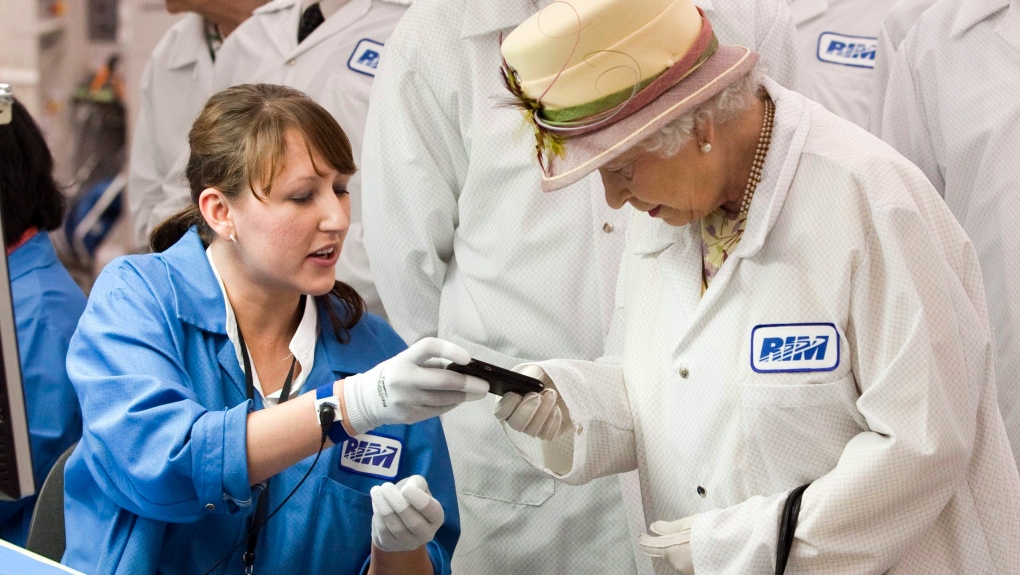 Queen Elizabeth is shown a new Blackberry by electronics assembler Elvira Dulic as she tours Research in Motion in Waterloo, Ont. on Monday July 5, 2010. (THE CANADIAN PRESS/Frank Gunn)

She helped test a new BlackBerry and left with her own device.

“She was very interested in what she was going to do and would always do the slight nod,” Jaworksy said.

While her visit to Waterloo that day was brief – less than an hour and a half – Jaworksy remembers how she took the time to speak to those who were there.

“She was just a wonderful person. Well-dressed and well-spoken and [had] time for everyone,” he said. 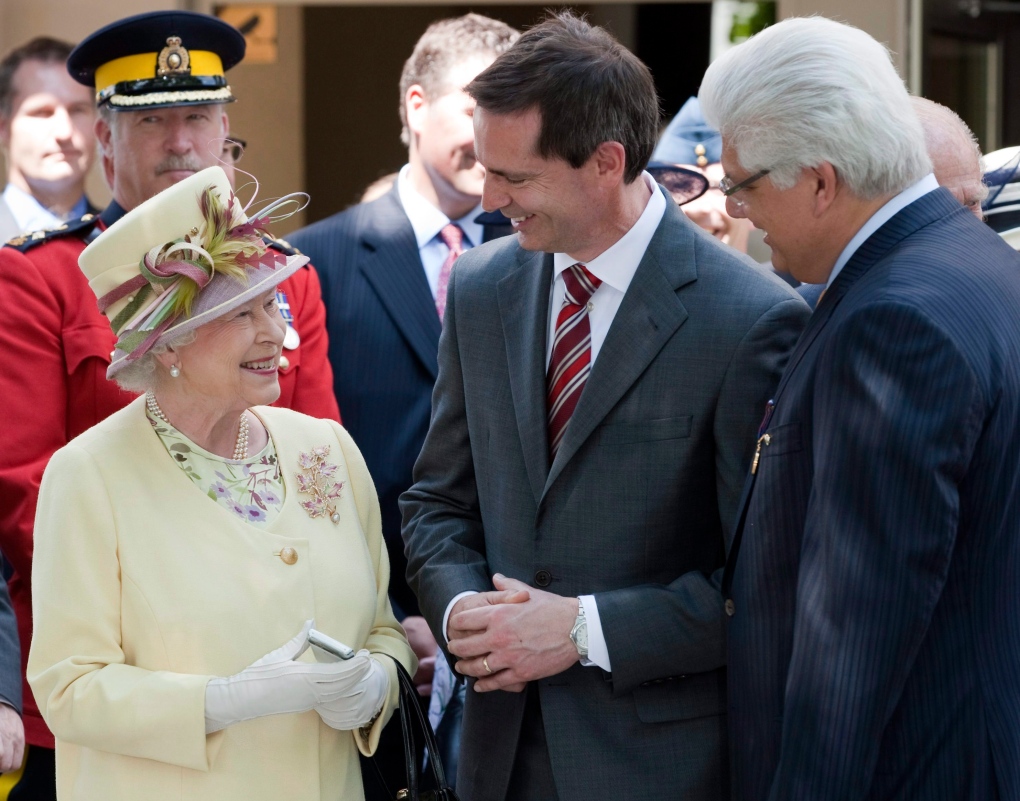