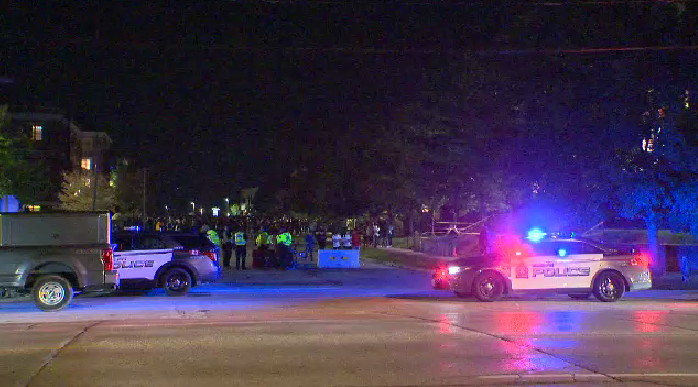 Police respond to a gathering in Guelph over the weekend. (CTV)
KITCHENER -

Here is a breakdown of charges laid by police:

Police said one charge was for a person under 19 consuming alcohol.

The three charges under the Nuisance Party Bylaw were laid on Chancellors Way, where hundreds of people attended an unsanctioned gathering.