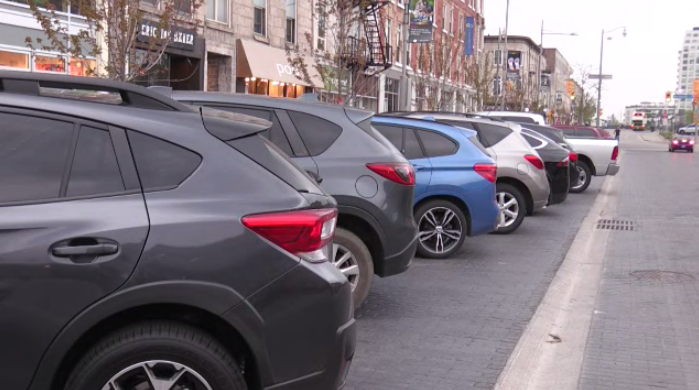 A number of cars parked in Guelph are seen in this undated file photo.

GUELPH -- Guelph Mayor Cam Guthrie delivered his State of the City address on Friday, and with it came some ambitious ideas for the future.

Without setting timelines, he spoke of a future where the downtown core was free of cars, and where public transit was free for people under 18.

For their part, students CTV spoke to are on board.

"It's my only way of transportation other than my own two feet," one says.

Guthrie says it would help Guelph fulfill several aspects of its mandate.

He says there are a number of benefits of having young people taking the bus.

"It helps them get to their jobs, volunteer activities, extra-curricular activities after school, maybe going to school—all those things and gets them to adopt using public transit earlier in life," he says.

It would also help reduce the financial burden of transit for families.

Another Guelph resident says it would make affordable transportation that much more affordable.

As for the car-free downtown, the idea of a shift has been met with reactions on both sides.

One woman says that she likes being able to take her car downtown.

"It's convenient. I have a lot to carry because I have a toddler with me, so yeah, I like the vehicle situation," she explains.

But others see safety and environmental benefits to the measures.

Guthrie sees a vibrant community that can make use of space currently being taken up by cars.

He says it would have to be worked out with businesses in the area, the Chamber of Commerce and citizens before any decisions are made.