KITCHENER -- Three firefighters were taken to hospital to get treatment for heat exhaustion while battling two separate house fires in Cambridge on Monday.

Crews from all six Cambridge stations were called to the fire on Linden Drive shortly after 2 p.m.

Firefighters from all 6 Cambridge Stations have worked hard to control the fire which has involved 3 rowhouse dwellings. No civilian injuries. 1 Firefighter has gone to hospital with heat exhaustion. CFD Investgators are on scene to determine cause, origin and circumstances. https://t.co/HxvyRWntEv

In a tweet, the Cambridge Fire Department said there were three row houses involved in the fire. 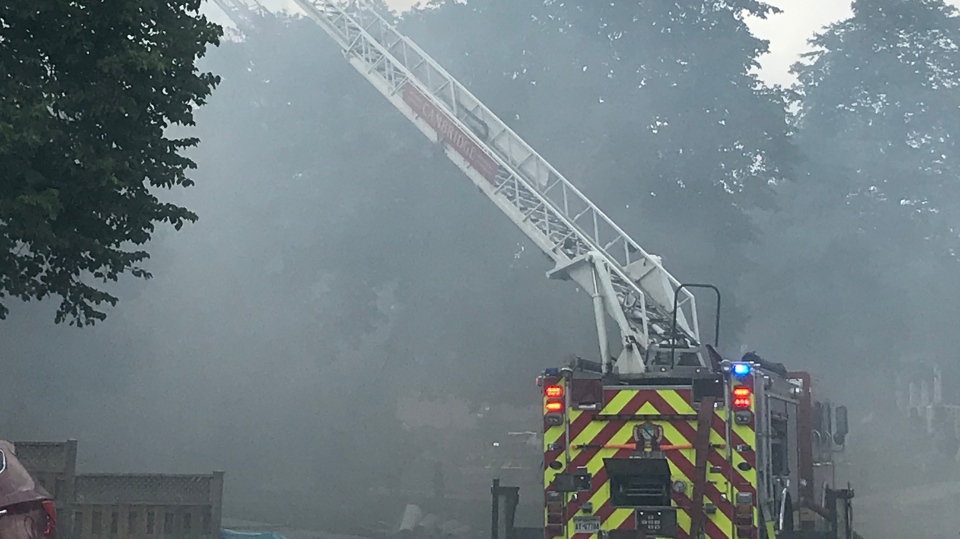 At this hour a major Fire in a residential neighborhood in ⁦@cityofcambridge⁩ on Linden drive pic.twitter.com/BcGhTCjs0i

"I was in my bathroom getting ready to go out and I smelled smoke, in less than a minute the whole place filled with smoke," said Pat Hoshoian, who lost their home in the fire. "So, I came right out. I just have the clothes on my back, just my car. I wasn't able to grab anything."

No one else was injured in the fire.

Investigators are working to determine what caused the fire.

Fire crews also responded to another blaze on Monday evening in Galt. Two other firefighters were taken to hospital for heat exhaustion from that second fire.

A fire on Rouse Avenue was sending lots of smoke into the air. Firefighters were called there around 5:30 p.m. No one was injured in this fire either, partly due to a quick-thinking neighbour.

"I banged on his door, flung his door open, I waved him out," said Gavin Loates. "He came running outside a couple seconds later, it was all engulfed in smoke." 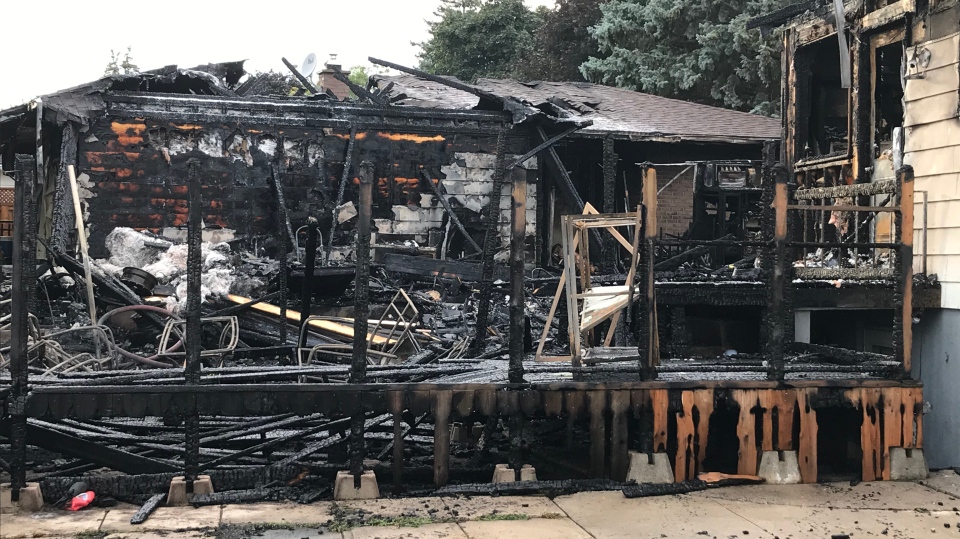 Waterloo regional police tweeted that several houses were on fire. Officials said the damage is estimated at $1.5 million.

Currently on scene in the area of Rouse Avenue in Cambridge for reports of several houses on fire. Roads in the surrounding area are closed. Please avoid the area. pic.twitter.com/E6bZ1p9tzi