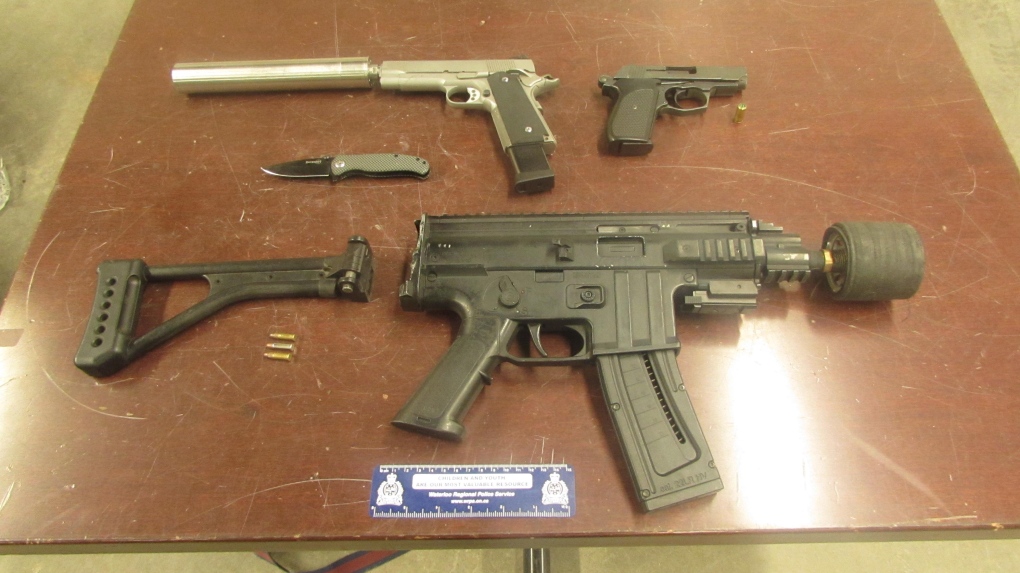 Officers located a suspended driver in the area of Ottawa Street North and River Road in Kitchener around 8 p.m. on Thursday.

Police say the seized weapons were:

He is scheduled to appear in court on Friday.