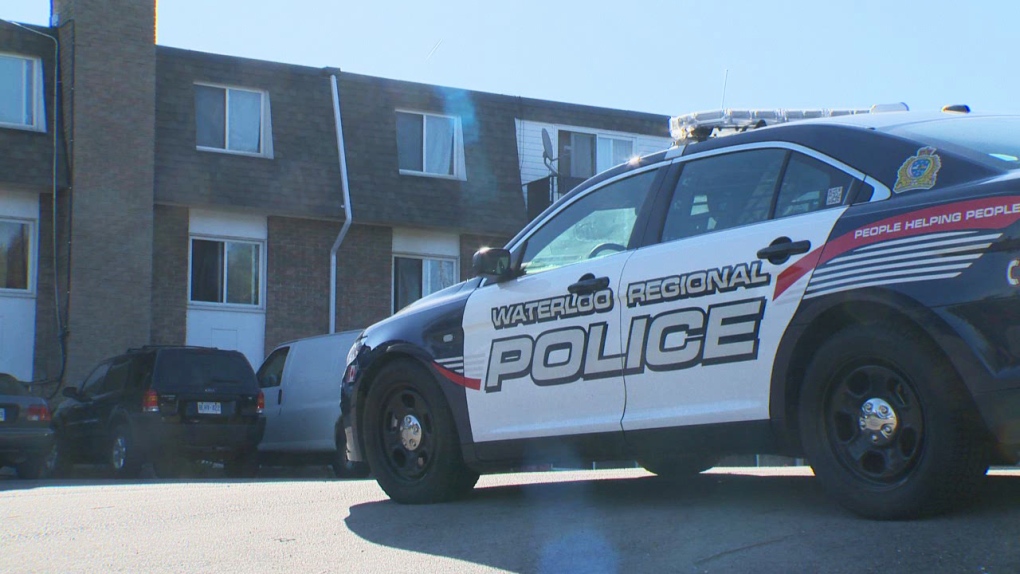 A police cruiser sits outside a Cambridge apartment building following a fire on Thursday, April 24, 2014.

Residents of a Cambridge apartment building were evacuated early Thursday morning when a fire broke out in one unit.

Waterloo Regional Police say the fire started shortly after 2 a.m. at the complex, which is located on Franklin Boulevard near Clyde Road.

Firefighters found a fire in an empty first-floor unit and quickly brought it under control.

No injuries were reported, and a damage estimate was not immediately available.

The cause of the fire remains under investigation.