The day after a devastating fire consumed the Old Marina Restaurant in Puslinch, Ont., fire crews remained on scene Sunday, spraying water on the smouldering ruins of the historic building.

“We’re using an agent in the water right now that’s hopefully going to get the water closer to the seat of the fire,” Puslinch Fire Department Chief Tom Mulvey said.

Mulvey said it’s still too dangerous to go inside and investigate into how the fire started, although it’s believed to have originated in the basement.

He said the building will have to be completely demolished before that work can be completed.

“There’s a large amount of debris that’s fallen into the basement including the steel roof which is making [it] very difficult for us to get to the seat of the fire so we continue to look for hotspots,” he said.

Crews were first called to the blaze around 12:45 p.m. Saturday.

The building is being considered a total loss. 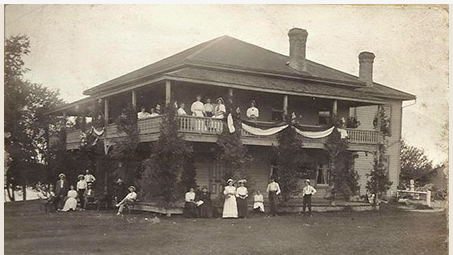 The Old Marina Restaurant and Gift House was built in 1993. It was destroyed in a fire in 2005 before reopening again in 2007.

The property on the shores of Puslinch Lake has nearly a century of history. Previously it was home to a dance hall and a hotel in what is now the McClintock Water Skiing School.