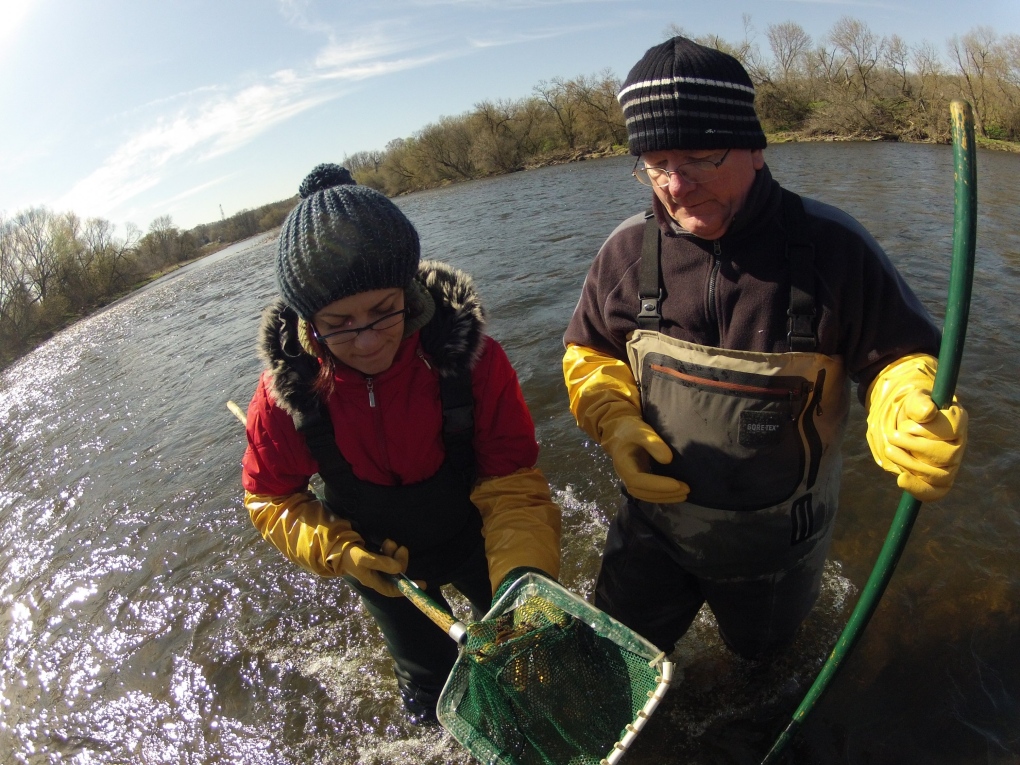 In just a few short years, there has been a sharp decline in the number of fish in the Grand River around Kitchener with both male and female characteristics.

According to a new study out of the University of Waterloo, there’s a simple reason for the phenomenon – upgrades to the wastewater treatment plant on Mill Park Drive in Kitchener.

In 2012, the plant was reconfigured to use microorganisms to remove toxic ammonia from its aeration tank.

Before the work, researchers were finding that 100 per cent of rainbow darter fish in certain areas of the Grand downstream of Kitchener had intersex characteristics.

This happened because they had been exposed to hormones in the water. Unlike some other fish, rainbow darters are very sensitive to estrogens and other hormones in their environment.

One year later, that 100 per cent figure was down to 29 per cent – and two years after that, it had fallen below 10 per cent.

“The changes to Kitchener’s wastewater treatment system have had a much larger positive impact than we had anticipated,” Mark Servos of Waterloo’s biology department said in a news release.

The full study has been published in the journal Environmental Science and Technology.