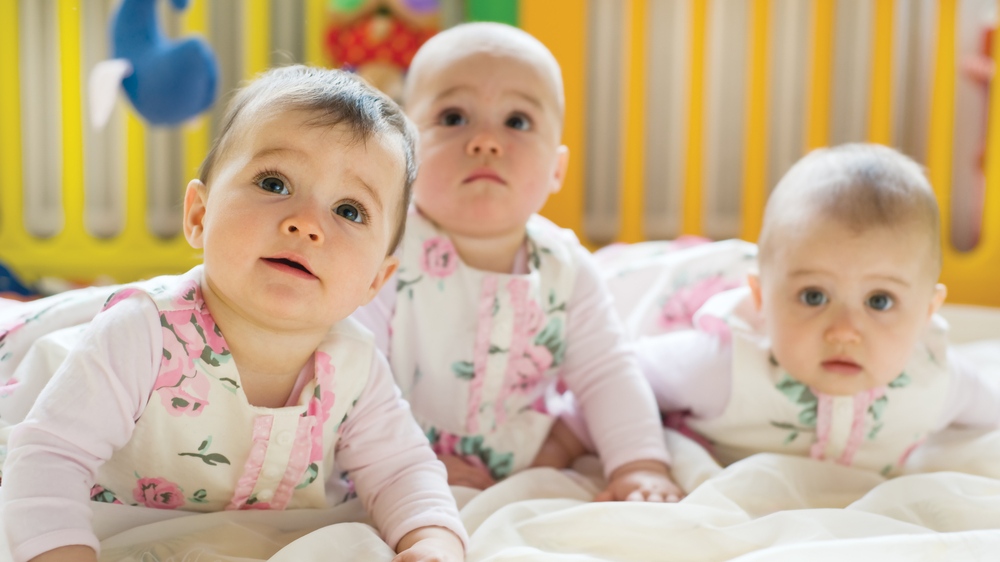 TORONTO -- Babies fed cow's milk, eggs and peanuts before their first birthday are less likely to develop sensitization to those foods and could possibly avoid full-blown allergies later in childhood, a study suggests.

The study led by McMaster University in Hamilton showed that early introduction of eggs was especially beneficial, as it appeared to decrease the risk of sensitization to all three of those potentially allergy-inducing foods.

Lead author Maxwell Tran, a health sciences student researcher at McMaster, said food sensitization is not the same as an allergy, but it can set the table for development of a full-blown allergic reaction, which in severe cases can include life-threatening anaphylaxis.

"So a child may be sensitized to a certain food, but that doesn't necessarily mean that they will have an allergic reaction to that food," Tran said from San Francisco, where the study was presented Wednesday at the American Thoracic Society's annual meeting.

To conduct the study, researchers looked at the timing of food introduction in more than 1,400 children up to a year old as part of the Canadian Healthy Infant Longitudinal Development (CHILD) study.

Parents were asked to fill out diet questionnaires for their children at three, six, 12, 18, and 24 months, indicating at what point cow's milk products, eggs and peanuts were introduced; what different types of solid foods were eaten; and whether a child was exclusively breastfed up to six months of age.

As one-year-olds, the youngsters were given skin-prick tests for cow's milk, egg white and peanuts to see if they had a reaction to these common allergens.

By their first birthdays, 10 per cent of the children showed sensitization to cow's milk, eggs and peanuts, the researchers said.

"We found that earlier introduction before age one reduced the risk of developing sensitization to those corresponding foods," said Tran, noting the results reinforce a shift in thinking that has led to worldwide recommendations that kids be introduced earlier to such foods to prevent allergies from developing.

Laurie Harada, executive director of Food Allergy Canada, said such research brings hope to families who deal with allergies, including the parents of children whose bodies react violently after exposure to some foods.

"If we can find a way for food allergies from not developing in children, I'm sure people would appreciate that because it's very difficult to live with something ... that could be life-threatening," said Harada, whose 21-year-old son developed a severe peanut allergy as a very young child and later also became allergic to legumes and shrimp.

"And so some of these kids, they don't outgrow them, even things like milk, and in some cases people have very bad reactions and there have been fatalities."

Co-lead investigator Dr. Stuart Turvey, director of clinical research at B.C.'s Child and Family Research Institute, said about seven per cent of Canadians -- including up to one in 10 babies -- have food allergies.

And the rates of those affected by food allergies have been rising in the last generation or so, he said, possibly because more people are living in urban environments where children are exposed to fewer immune-strengthening microbes than in the past.

Turvey said allergies develop when the immune system gets "confused" and reacts to normally innocuous substances like food, pollen, dust or the venom from an insect bite.

When an allergy arises to a certain food, "the children develop hives, vomiting and diarrhea, and the thing we would call anaphylaxis," he said.

Anaphylaxis is a life-threatening reaction, in which the blood pressure drops suddenly and the airways narrow, blocking normal breathing. A quick injection of epinephrine can buy time to get emergency treatment. If not treated right away, anaphylactic shock can lead to unconsciousness and even death.

Turvey said the CHILD study has not yet been peer-reviewed for publication in a medical journal, so he's cautious about interpreting its findings. Skin-prick tests as used in the study can indicate a sensitivity. But children need to ingest a food to determine if they are fully allergic.

Still, he said the findings are in line with many guidelines, such as those by the Canadian Paediatric Society, which advises parents not to delay starting their baby on certain foods beyond the age of six months with the idea of preventing allergies.

"I think the barometer in general is speaking to the idea that early introduction isn't harmful -- and it may be beneficial."