Environment Canada has released its summer forecast. Here's what you can expect in Waterloo Region 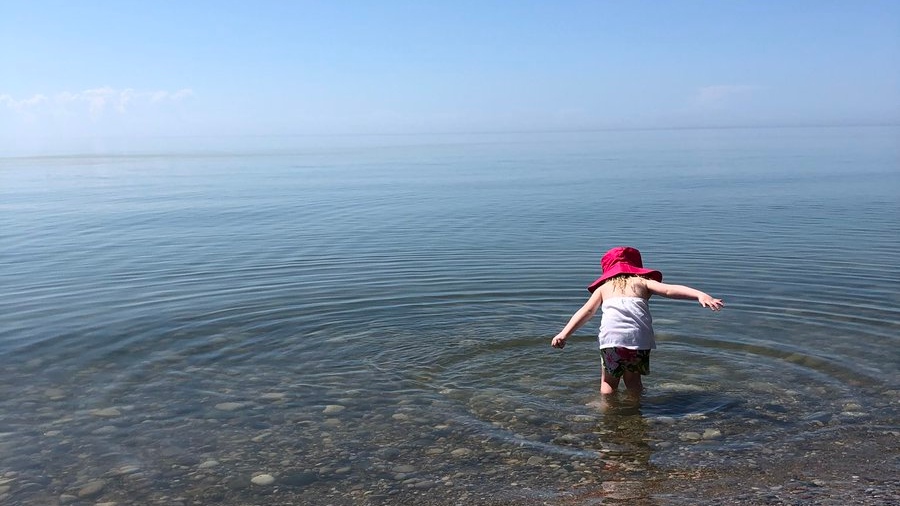 KITCHENER -- Environment Canada has released their summer forecast, and it shows that Waterloo Region is expected to trend near normal during June, July and August.

According to Environment Canada senior climatologist David Phillips, Kitchener-Waterloo can expect near-normal to slightly warmer temperatures throughout the summer months.

Phillips says KW is in between a tongue of warm humid air to the west and cooler air to the east. 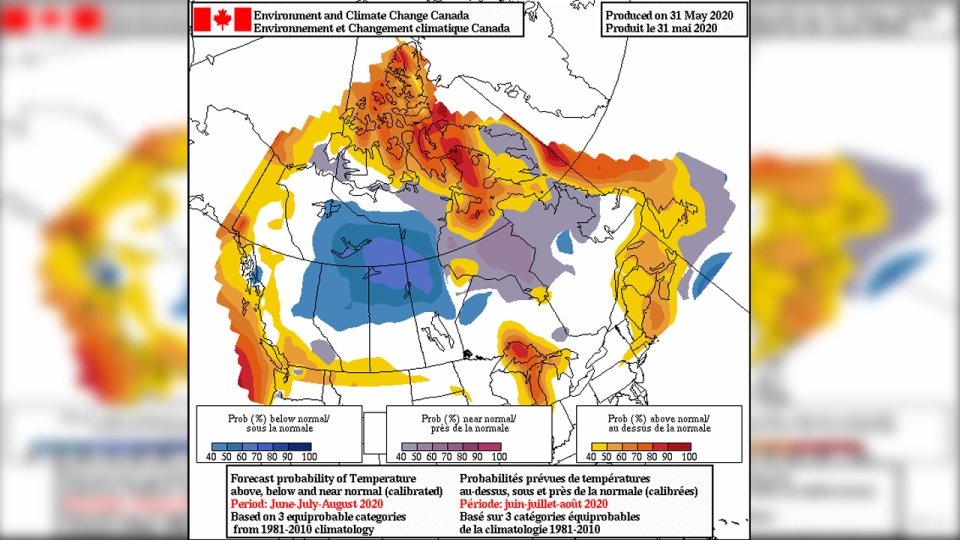 "Most models are agreeing on near-normal if not slightly wetter for precipitation," he says.

Phillips adds that the average precipitation for June, July and August is about 265 mm. That's divided as follows: 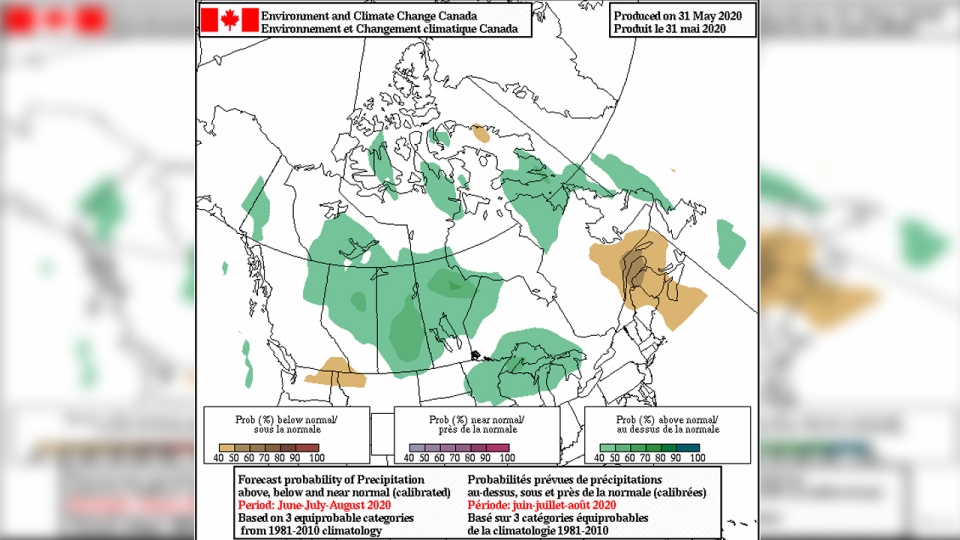 Phillips says this summer's forecast does not predict extreme or severe weather, but people should still be aware of the possibility.

Phillips also notes the high lake levels. Those living or visiting lakeside communities should be aware, especially along Lake Michigan and Huron, which are about 90 cm higher than average.

March, April and May in Waterloo Region were near normal with an average temperature of about 5.9 degrees Celsius.

March was fairly warm, but cooler air dominated in April and May despite a warm stretch that saw unusually high temperatures last month.

"Typically KW may get one day above 30 C every three years," he said of the May temperatures.

Precipitation during spring was down as KW received about 80 per cent of its average precipitation. Phillips also points out that there was more snow in May than in April.

Although Spring in Southern Ontario was a bit of a roller coaster, Phillips says that is not a sign of what’s to come.

"There doesn’t seem to be any kind of clue as to if one seasons trends can continue through to the next," he explains.