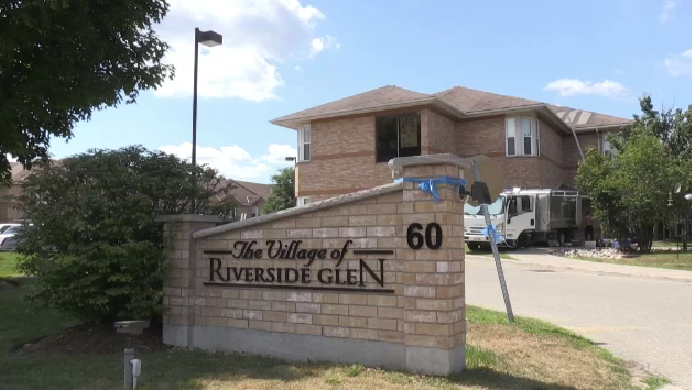 The Village of Riverside Glen senior's residence in Guelph. (July 17, 2020)

KITCHENER -- A new COVID-19 outbreak has been declared at a senior’s residence in Guelph.

Public Health for Wellington-Dufferin-Guelph say eight staff members have tested positive for the virus at The Village of Riverside Glen.

None of them showed any symptoms of COVID-19.

According to new numbers, released by public health on Friday, there are no active cases among residents at the home.

Schlegel Villages, the company that manages The Village of Riverside Glen, released a statement Friday night saying four of the employees work at the retirement residence while the other four work in the long-term care home.

Wellington-Dufferin-Guelph Public Health has made the decision to isolate all residents so visitations have been suspended until the end of the outbreak.

The Elliott Community Long-Term Care Home in Guelph is also dealing with an outbreak after one staff member contracted COVID-19.

Outbreaks are declared when there is more than one confirmed case at a long-term care or retirement home.