Driver charged after crash with school bus with kids on board 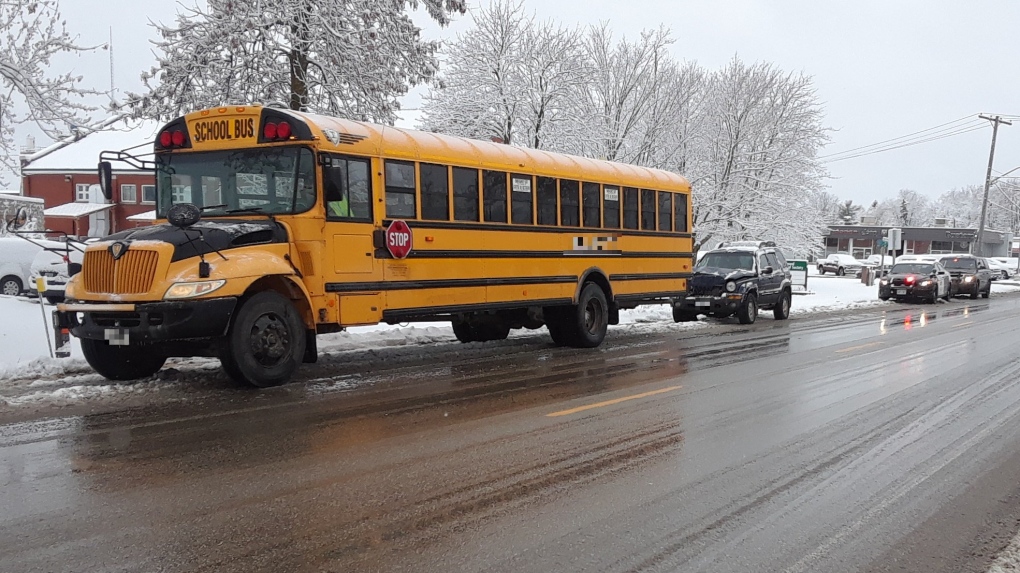 A driver has been charged after a crash involving an SUV and a school bus. (@OPP_WR / Twitter)

KITCHENER – A driver in Listowel has been charged after a crash involving a school bus.

Provincial police there say four students were on the bus when the crash happened.

Another vehicle, an SUV, also sustained damage to its front end.

The driver of that car was charged with careless driving as a result of the crash.

"Bad driving decisions have serious consequences and not only on your wallet."

The driver in this crash was not identified.

A collision in Listowel involving a school bus and an SUV this morning. 4 students on the bus were uninjured. The SUV driver was charged with Careless Driving. If convicted, that's a $490 fine. Bad driving decisions have serious consequences and not only on your wallet. ^dr pic.twitter.com/9GMcD8n6eP