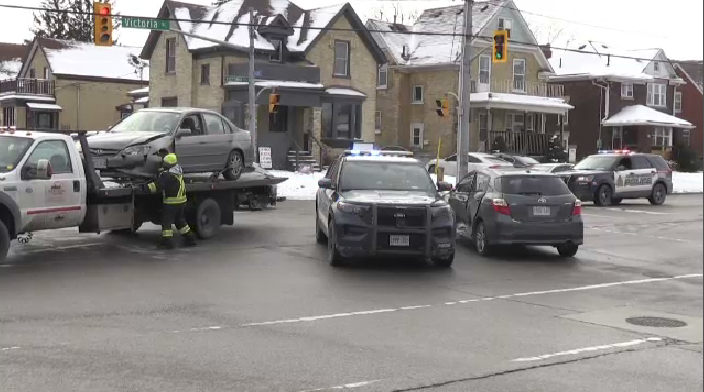 Waterloo regional police have charged a driver following a crash at a major Kitchener intersection.

Emergency crews were called to the intersection of Victoria and Park Streets just before 10 a.m. Saturday morning.

One of the drivers was treated at the scene for minor injuries.

Police have charged a driver with failing to stop for a red light.