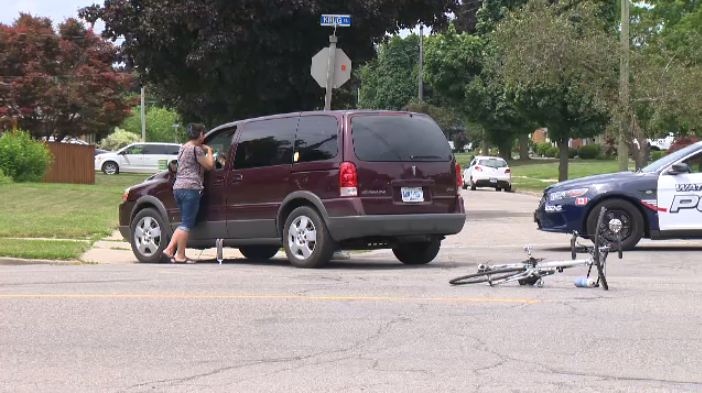 A cyclist was injured in a crash on Krug Street, Kitchener on Saturday July 26, 2014.

A Kitchener woman was sent to hospital after being struck by a van on Saturday afternoon.

An 89-year-old woman driving the van was stopped at a stop sign at Krug Street and Melrose Road in Kitchener. The 31-year-old Kitchener woman was approaching the intersection on a bicycle.

The van waited for a car to pass, and then pulled out to make a left hand turn into the path of the cyclist. The cyclist swerved to try to avoid the van, but was struck and thrown from her bicycle.

She suffered a head injury and was taken to Grand River Hospital.

The van driver and her 86-year-old passenger were not injured.

The driver was later charged with failure to yield to traffic.