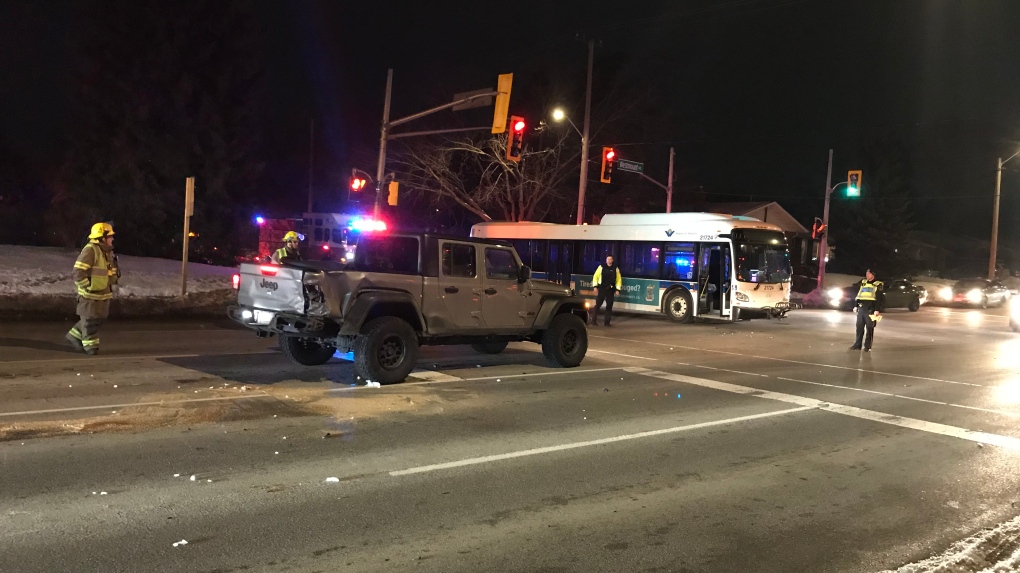 KITCHENER -- A crash involving a GRT bus in Kitchener sent one person to hospital Wednesday night.

Regional Police responded to the area of Westmount Road and Greenbrook Drive around 7 p.m.

The bus and two other vehicles collided in the intersection.

Police say the driver of one of the vehicles was taken to hospital with minor injuries.

There was only one passenger on the bus at the time and they were not hurt.

The driver of the pickup truck has since been charged with failing to stop at a red light.